CHR stands by own ‘drug war’ report: We only fulfilled our mandate 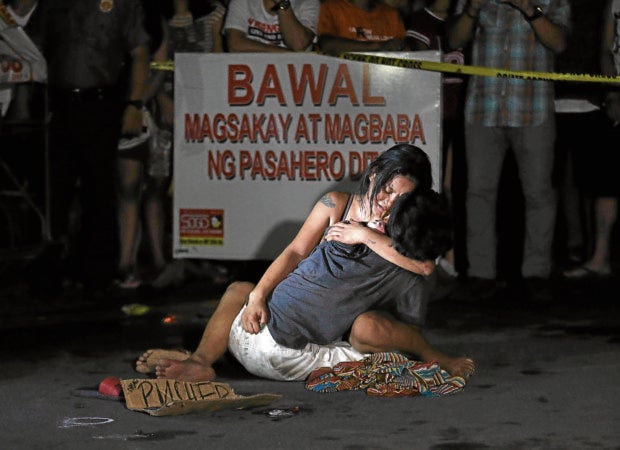 MANILA, Philippines — The Commission on Human Rights (CHR) is standing by its report, which found excesses in the implementation of the Duterte administration’s “drug war.”

The CHR asserted it just performed its mandate when it conducted its analysis on the brutal anti-drug campaign of President Rodrigo Duterte.

“It is our mandate to conduct investigations on human rights violations involving civil and political rights, particularly those affecting the marginalized and vulnerable sectors of the society,” stressed CHR executive director Jacqueline de Guia, pointing to the 1987 Constitution which created the independent rights institution as well as its role in the protection of powerless people.

The CHR’s report called out the “excessive and disproportionate force” exerted by implementers of the war on drugs on suspects. It even concluded that the Duterte administration’s bloody anti-drug drive “encouraged” impunity as it failed to preserve human rights.

De Guia said the CHR’s  48-page report titled “Investigated Killings In Relation to the Anti-Illegal Drug Campaign” is a “crucial work” of the body. She countered “remarks that seek to put malice” in the CHR’s study that scrutinized 882 case dockets involving 1,139 victims, who mostly belong to the marginalized sector and 920 of whom were killed during operations while seven cases have remained shrouded in mystery.

But de Guia insisted that the CHR’s report has even bolstered their initial findings that “there is a consistent narrative by law enforcers alleging victims initiated aggression or resisted arrest (nanlaban); that there is use of excessive and disproportionate force; that targeted victims were mostly civilians killed in uninhabited locations sustaining gunshot wounds in the heads and/or torso; that there is non-cooperation by the police; and that there is a lack of effective, prompt, and transparent accountability mechanism to address the drug-related killings.”

She said that the report was already formally communicated to concerned government agencies such as the Presidential Human Rights Committee (PHRC) and Department of Justice (DOJ).

“We are hopeful that this signals greater cooperation and enhanced response of the government in bringing full justice to all alleged EJK cases linked to the anti-drug campaign,” said the CHR official.

It then reiterated its “continued support and commitment to the government in the pursuit of truth and accountability.”