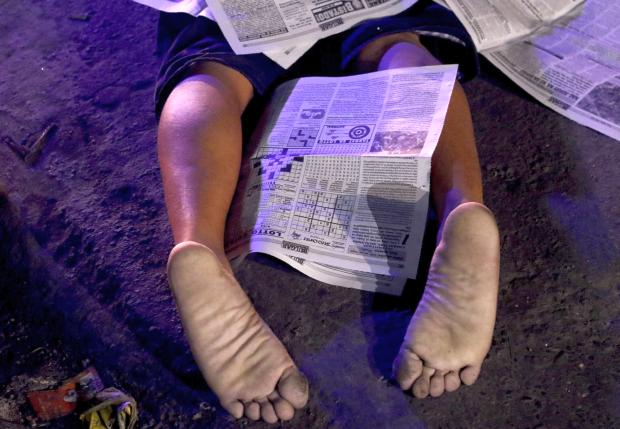 MANILA, Philippines — The multiagency panel headed by the Department of Justice (DOJ) tasked with scrutinizing President Rodrigo Duterte’s brutal drug war, the Philippine National Police, and the Commission on Human Rights (CHR) will look into the alleged fraudulent death certificates of some who were killed in the anti-drug operations, officials said on Wednesday.

“The alleged falsification of death certificates as a possible cover-up is part of the DOJ drug war review,” Justice Secretary Menardo Guevarra told the Inquirer, referring to findings by Dr. Raquel Fortun, a well-respected forensic pathologist.

Asked if this was the first time that he had come across Fortun’s findings, he said: “The original problem that we encountered was the absence of a copy of the death certificate in some records or files that we reviewed.”

He said the death certificates may have been issued but some of them could not be found in the files of the PNP or the National Prosecution Service (NPS).

Fortun told reporters on Tuesday that she had autopsied the remains of 46 people killed in the war on drugs and found that the cause of death of some had been falsified to show they died of “natural causes.”

The death certificates of seven of the victims who had multiple gunshot wounds indicated they had died due to, among others, hypertension, sepsis, pneumonia or heart attack.

She also concluded based on the backgrounds of the victims that the antinarcotics campaign targeted “the poorest of the poor.”

Guevarra previously said that he had directed the National Bureau of Investigation to expedite its review of 48 police anti-drug operations that resulted in the killings of suspects who supposedly resisted arrest, infamously known as “nanlaban” cases.

He noted that only four out of the total of 52 cases, which involved 154 officers, under review had been recommended for prosecution after the NBI found evidence of criminal acts committed by policemen involved in the operations.

PNP spokesperson Col. Jean Fajardo said the PNP would investigate the falsification allegations but would first have to validate the specific death certificates cited by Fortun that implicated police doctors.

“It is difficult for us to give a general statement since we do not know which among the cases underwent independent forensic examination,” she told reporters, noting that not all the first autopsies on the bodies were conducted by the PNP.

Fajardo said that if there had been “lapses” on the part of the police investigators and the PNP forensic doctors, “appropriate disciplinary measures” would be applied and criminal complaints would be filed.

“The PNP will not be engaged in any cover-up,” she said.

Before it suspended its investigation in November last year at the request of the Philippine government, the prosecutor of the International Criminal Court (ICC) estimated as many as 30,000 were killed from July 2016 to March 2019 alone.

Sought for comment on the possibility of her findings being presented as evidence in the ICC investigation, Fortun told the Inquirer in a text message: “Nothing formal or definite. No ICC involvement for now.”

Fortun’s autopsy reports and other findings can be used for the reinvestigation of those particular cases, according CHR Commissioner Gwendolyn Pimentel Gana.

Gana said Fortun’s findings contained “very useful information” that were based on science.

According to Gana, cases such as perjury and administrative charges could be filed against the doctors proven to have falsified death certificates.

Lawyer Edre Olalia, president of the National Union of Peoples’ Lawyers, told the Inquirer the erring doctors would face “a slew of possible charges,” including murder.

He said the results of Fortun’s reexamination of the remains could be submitted as an addendum to the drug war case against Mr. Duterte in the ICC.

“In any event, this damning finding is another screaming indictment of the paucity of good faith when the government asked for a deferment of the pending investigation” by the ICC’s Office of the Prosecutor, Olalia said.