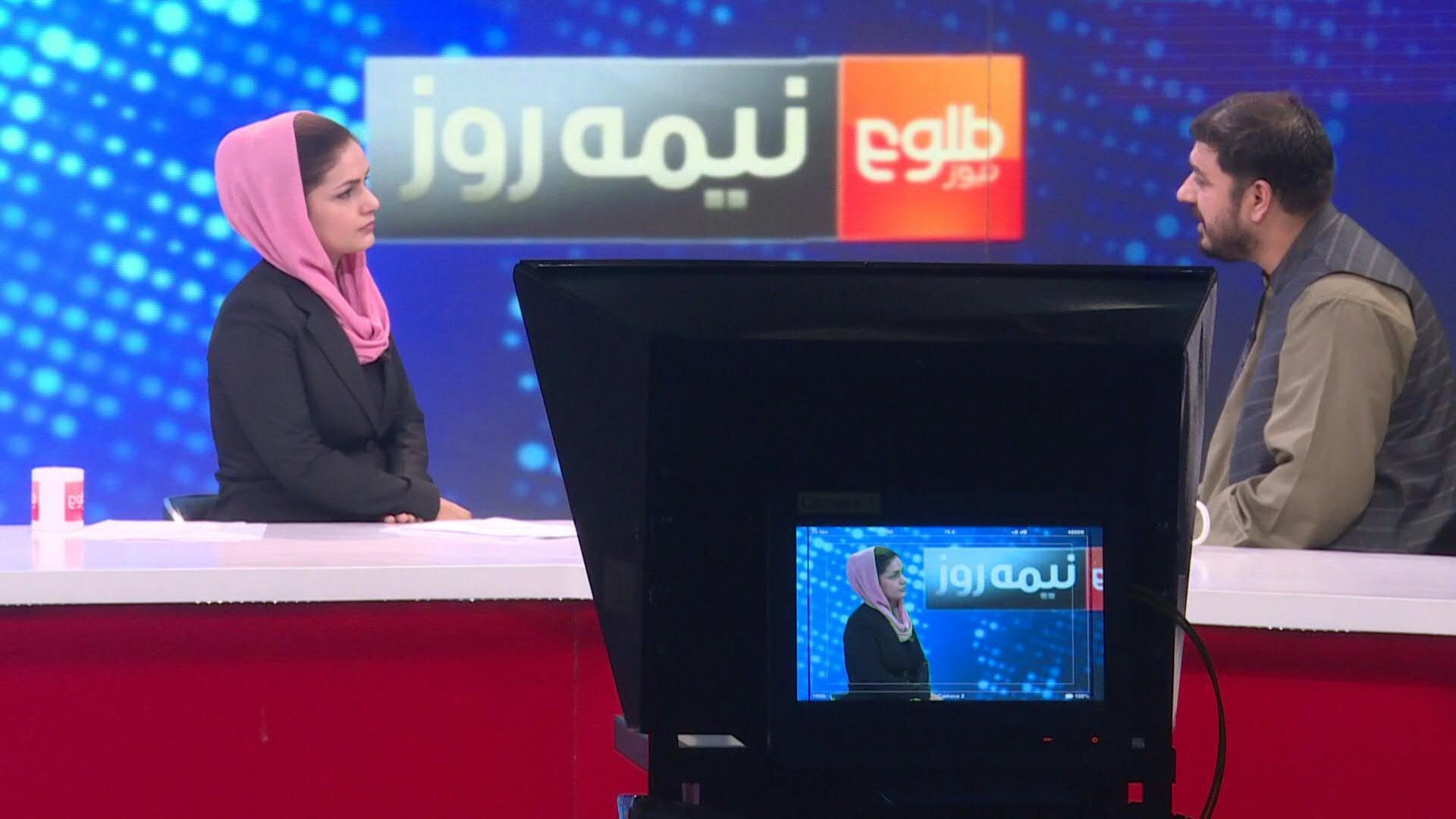 Afghanistan’s biggest independent TV network Tolo News faces a tough and uncertain future in the country under the Taliban, whose return has sent fear coursing through the media. (Agence France-Presse)

KABUL, Afghanistan — Women presenters on Afghanistan’s leading TV channels went on air Saturday without covering their faces, defying a Taliban order that they conceal their appearance to comply with the group’s austere brand of Islam.

Since surging back to power last year the Taliban have imposed a slew of restrictions on civil society, many focused on reining in the rights of women and girls.

Earlier this month Afghanistan’s supreme leader Hibatullah Akhundzada issued a diktat for women to cover up fully in public, including their faces, ideally with the traditional burqa.

The feared Ministry for Promotion of Virtue and Prevention of Vice ordered women TV presenters to follow suit by Saturday.

Previously they had only been required to wear a headscarf.

“Our female colleagues are concerned that if they cover their faces, the next thing they will be told is to stop working,” said Shamshad TV head of news Abid Ehsas.

“This is the reason they have not observed the order so far,” he told AFP, adding the channel had requested further discussions with the Taliban on the issue.

Taliban orders such as this have caused many female journalists to leave Afghanistan since the hardline Islamists stormed back to power, a woman presenter said.

“Their latest order has broken the hearts of women presenters and many now think they have no future in this country,” she said, requesting not to be named.

“I’m thinking of leaving the country. Decrees like this will force many professionals to leave.”

“If they don’t comply we will talk to the managers and guardians of the presenters,” he told AFP.

“Anyone who lives under a particular system and government has to obey the laws and orders of that system, so they must implement the order,” he said.

The Taliban have demanded that women government employees be fired if they fail to follow the new dress code.

Men working in government also risk suspension if their wives or daughters fail to comply.

Mohajir said media managers and the male guardians of defiant women presenters would also be liable for penalties if the order was not observed.

During two decades of US-led military intervention in Afghanistan, women and girls made marginal gains in the deeply patriarchal nation.

Soon after they took over, the Taliban promised a softer version of the harsh Islamist rule that characterised their first stint in power from 1996 to 2001.

Since the takeover, however, women have been banned from travelling alone and teenage girls barred from secondary schools.

In the 20 years after the Taliban were ousted from office in 2001, many women in the conservative countryside continued to wear a burqa.

But most Afghan women, including TV presenters, opted for the Islamic headscarf.