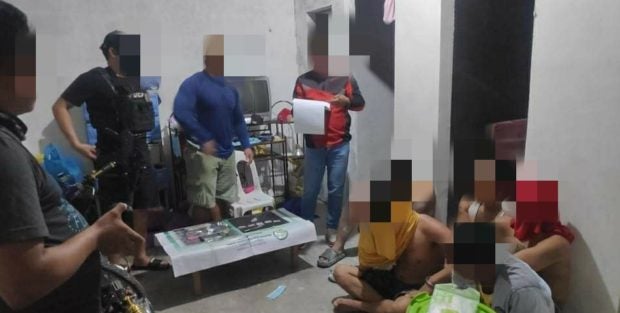 Philippine Drug Enforcement Agency-Region 3 agents inspect the evidence allegedly seized from the suspects during a buy-bust operation on May 19 in Lubao town, Pampanga province. (Photo courtesy of PDEA-3)

MABALACAT CITY, Pampanga––Five persons were arrested, and P103,500 worth of crystal meth was allegedly confiscated during a buy-bust operation Thursday at San Roque I in Lubao town in this province.