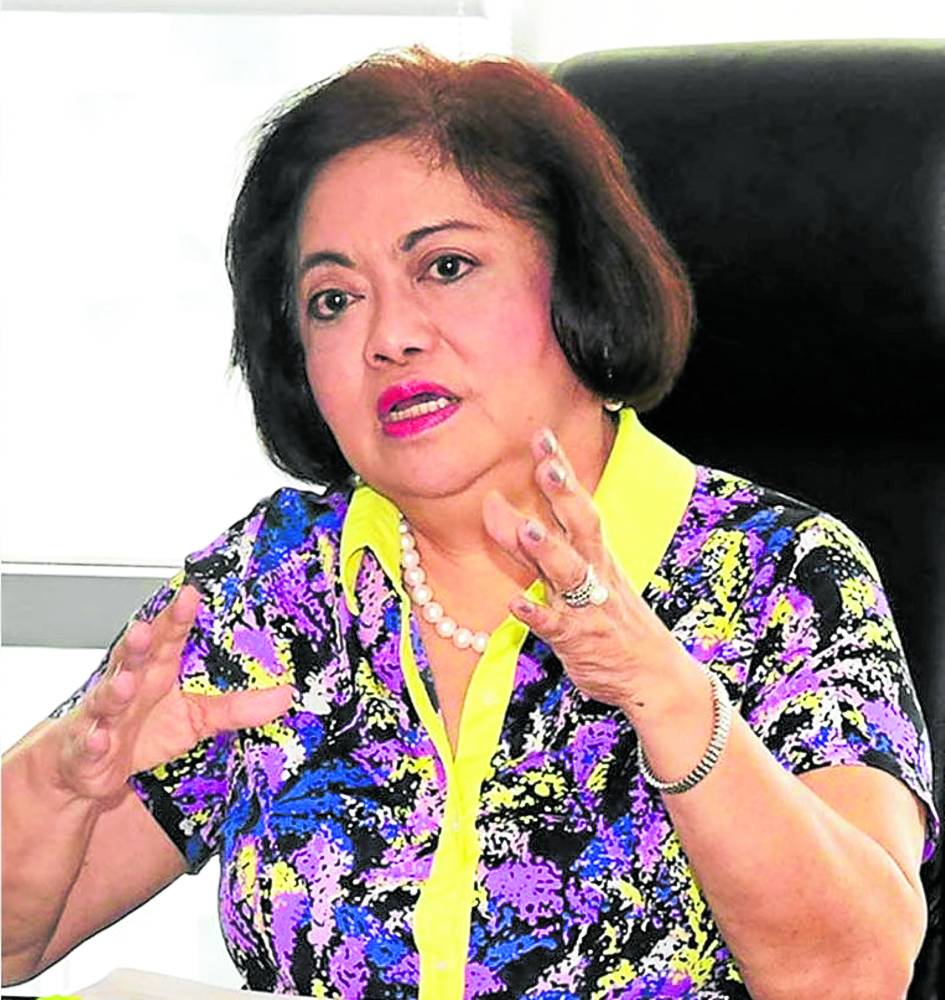 Energy Regulatory Commission (ERC) Chair Agnes Devanadera on Thursday flagged the double taxation issue on electricity to the incoming administration, hoping to bring down the high power rates currently being paid by end-users.

Devanadera is proposing that the government remove the 12-percent value-added tax (VAT) imposed on the generation charge, saying that the levy should be applied only on the distribution charge.

An electricity bill has various components such as generation, transmission, distribution, universal and feed-in-tariff allowance (FiT-All) charges. These are collected by power distributors such as Manila Electric Co. (Meralco) and power cooperatives from their customers on a monthly basis. Except for the universal and FiT-All charges, the rest are subject to VAT.

These distribution utilities pay—and pass on to consumers—the VAT on the distribution charge, or the cost of delivering electricity to households and other end-users.

Power generation companies such as Aboitiz Power Corp. and First Gen Corp. also pay VAT on the fuel they use to produce electricity.

In effect, a typical Filipino consumer is paying taxes not once but twice for using electricity on a daily basis.

The generation charge—or the cost of electricity sold by power producers to distributors—accounts for about 50 percent of the total electricity bill.

Devanadera, a lawyer, explained that no legislation is necessary to rectify the double VAT computation. Instead, she said the Bureau of Internal Revenue (BIR) may simply issue a legal interpretation of this specific tax policy.

Under the Electric Power Industry Reform Act of 2001, the sale of generated power should be treated as VAT zero-rated. This particular provision, however, was repealed following the enactment of laws that amended the VAT provisions of the National Internal Revenue Code (NIRC) of 1997.

“This should be considered because it has an immediate impact on customers, especially those with monthly consumption of 200 kilowatt-hours and below. It translates to a discount of as much as P100,” the ERC chief told reporters in a virtual media roundtable.

Aside from limiting the VAT imposition to the distribution charges, Devanadera said the next administration should consider suspending the excise on coal and petroleum products.

“The very immediate is we can go into a suspension of the excise tax on the coal and petroleum fuel products,” she said.

According to Devanadera, the reduction in tax collection from the energy sector could be negated by raising the taxes on what she characterized as “non-essentials.”

She said these include higher tariffs on vehicles, Philippine offshore gaming operators (Pogos) and other gaming activities.

“Maybe we can also look into some, well I’d put that in quotes, some gaming, not gambling, but gaming because those are non-essentials,” she added.

Devanadera said the realignment of the excise tax to other products or services, calling it “a prioritization and also a judgment call,” is the most effective among the solutions she is proposing to presumptive President Ferdinand Marcos Jr.

This solution, she noted, may be temporary in nature but can be made permanent by enacting a law.

President Duterte had opposed the suspension of excise on fuel products amid repeated calls from various groups, saying such a move would only benefit rich people who have cars.

The Department of Finance (DOF) earlier stated that removing fuel excise would result in a revenue loss of P105.9 billion, equivalent to about a half-percent of the country’s gross domestic product, which could be used to bankroll several programs of the government, generate more jobs and revitalize the economy from the pandemic.

Under the Tax Reform for Acceleration and Inclusion (TRAIN) Act, the excise stands at P10 a liter of gasoline, P6 for diesel and P5 for kerosene.

As far back as 2015, bills had been filed in Congress seeking to exempt from the 12-percent VAT the sale of electricity and other power generation and transmission-related transactions.

“The VAT on electricity is another burden on the already over-taxed shoulders of our people, especially those whose incomes are barely enough to cover their basic needs,” said then Sen. Sergio Osmena III.

The then chair of the Senate energy committee had filed a bill seeking to amend the NIRC by adding power-related transactions to those exempted from VAT.

Other essential services, however, have been exempted from the levy. Starting March 21 this year, the 12-percent VAT was already removed from the bills of Manila Water Co. and Maynilad Water Services Inc. as provided under their new 25-year franchises signed by President Duterte on Dec. 10, 2021.