Better-quality CCTV cameras a must for business permits — DILG 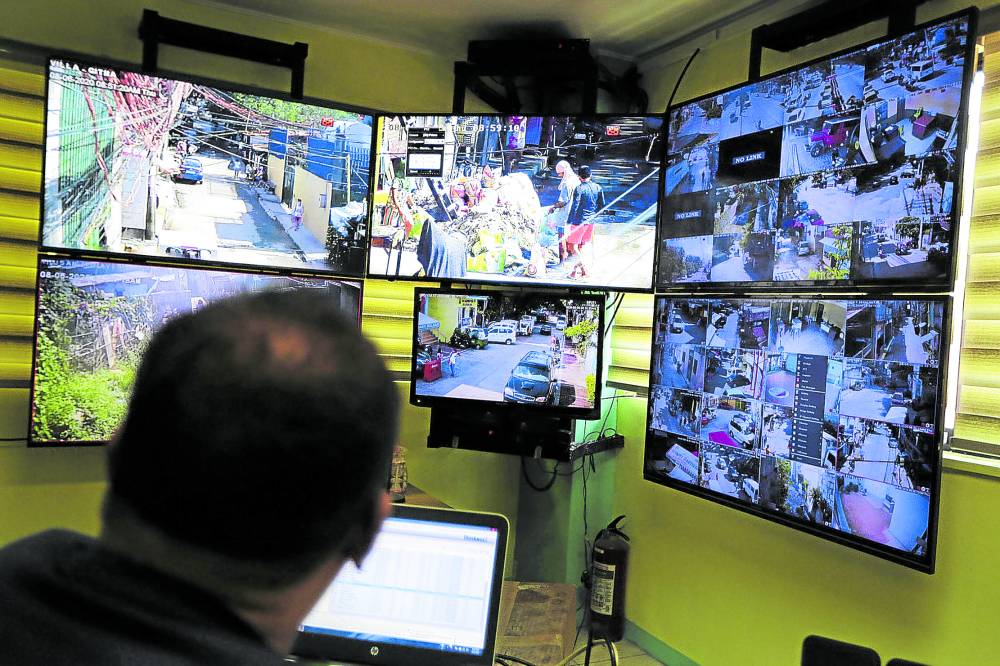 DETERRENCE Law enforcement agencies maintain that CCTV systems are among the most effective tools in crime deterrence, prevention, detection and solution, but police investigators often complain about the videos they obtain, their low quality rendering them practically unusable in court. —GRIG C. MONTEGRANDE

Those intending to apply for or renew a business permit must ensure that their establishment has a clearer and better-quality closed circuit television (CCTV) system to foil criminals.

The Department of the Interior and Local Government (DILG) has directed the local councils of cities and municipalities to enact an ordinance for the prescription of CCTV systems as a requirement for the issuance of business permits.

Under Memorandum Circular (MC) No. 2022-060 dated May 18, the DILG issued the minimum specifications of security cameras to be used in establishments, as recommended by the Philippine National Police’s Anti-Cybercrime Group.

The latest directive of Interior Secretary Eduardo Año is an amendment to DILG MC No. 2014-119 dated Sept. 15, 2014, which listed the minimum requirements for security cameras in establishments to guide each local council in drafting its ordinance.

The CCTV camera to be installed should be able to stream both video and audio, and to capture high-definition analog, or at least 2 megapixels, which is equivalent to a resolution of 1920 x 1080 pixels. Each camera should have an auto-iris focus lens and an infrared range of at least 50 meters.

The camera should be able to pan and tilt from 0 to 180 degrees, and rotate to full circle from 0 to 360 degrees.

Its hard disk drive storage should have enough capacity to retain CCTV footage for a maximum period of three weeks, “in order to allow investigating authorities to properly retrieve backups of the data relevant to any incidents that occur.”

The MC recommended a storage of 4 terabytes—“approximately sufficient” for 40 days of recording for a digital video recorder with four cameras at 1080p.

There should be at least four cameras covering the areas of transaction and risks, with one camera facing the street of the establishment’s entrance.

The cameras should be connected to a centralized power supply, and must be backed by uninterrupted power supply in case of loss of electricity.

The cameras should be installed at secure locations with maximum coverage of entrances and exits, and areas of transaction and risk. There should be no blind spots.

They should be installed at recommended recording distances: 10 feet (3 meters) and above for general surveillance; 5 to 7 ft (1.5 to 2 m) for facial recognition; and 3 to 4 ft (1 to 1.2 m) for plate recognition in parking lots.

The video recorders should be kept in concealed locations to protect them from deliberate tampering.

When possible, the CCTV should have a backup system to ensure that the data are kept secure in the event of physical harm to the storage device, such as fire, earthquake, or deliberate tampering.

The cameras should be installed in well-lit areas with consistent lighting to pick up identifying human details such as facial features.

At least one employee should be trained to operate the CCTV system.

Per the MC, these establishments are required to install CCTVs:

• Business establishments that are part of a national chain or have several branches in other parts of the country, such as restaurants/fast-food chains, convenience stores, grocery stores, drugstores.

• Theaters, movie houses, perya, arcades, internet cafes, and other places of entertainment that draw a considerable number of customers.

• Other business establishments that may be deemed necessary by the local government unit (LGU).

Based on the draft ordinance attached to the MC, the DILG recommended that any violating establishment be penalized with nonissuance of business license or suspension of permit until it has complied.

The LGU’s business permits and licensing office may conduct surprise inspections to ensure an establishment’s compliance with the ordinance after a business permit is issued.

According to the DILG, law enforcement agencies have proven that CCTV systems are “among the most effective tools in crime deterrence, prevention, detection and solution, since there is a video recording which can be used in addition to the testimonies of witnesses.”

But police investigators have complained that apart from the difficulty of procuring CCTV footage from establishments, some of them were of such low quality as to be unusable in the course of their probe or as evidence to be presented to courts.