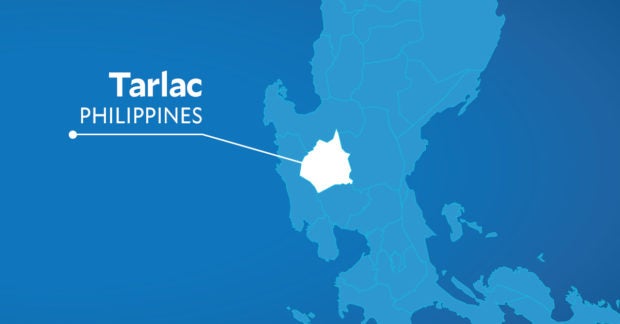 MANILA, Philippines — The fatal broad daylight assault on a policeman in Capas, Tarlac, on Tuesday was recorded in closed-circuit television (CCTV) camera installed along the highway.

Videos making the rounds on social media showed that victim Police Staff Sergeant Michael Maun, aboard a  black Toyota Corolla Altis, had just turned right when another black sedan suddenly overtook him and blocked his path while being fired upon by unidentified suspects from inside the vehicle.

When Maun’s car came to a halt in the middle of the road, two assailants alighted from their vehicle and peppered the victim’s vehicle with bullets. One of the suspects appears to be armed with a submachine gun.

Earlier, reports indicated that Maun was detailed at the PNP Aviation Group based in Capas, Tarlac, and that he was a resident of Barangay Cristo Reyes in the said town.