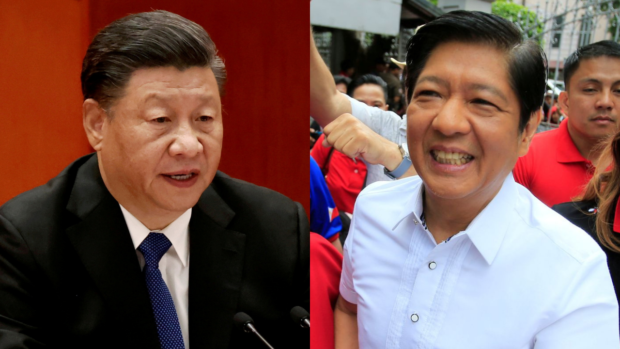 Marcos said in a statement that Xi congratulated him again — just a few days after Xi conveyed his felicitations through a letter on May 11, even expressing readiness in building a  “good working relationship” with the Philippine leader.

(Not the usual congratulations … We really talked a lot. We talked about the way forward for the China-Philippine relationship. So, pretty good, very substantial.)

He said he proposed that relations between the two countries could be expanded, not just in terms of bilateral trade, but also in terms of culture, education, knowledge, and health.

“Sinabi ko sa kanya sa aking palagay (I told him that in my opinion), the way forward is to expand our relationship not only diplomatic, not only in trade but also in culture, even in education, even in knowledge, even in health to address whatever minor disagreements that we have right now,” Marcos explained.

“At sinabi ko sa kanya (And I told him) we must not allow what conflicts or difficulties we have now between our two countries to become historically important,” he continued.

Meanwhile, the Chinese Embassy in a statement also quoted Xi as saying the two countries should “write a grand story on the China-Philippines friendship in the new era, and follow through the blueprint for bilateral friendly cooperation, to usher in an even brighter future for the two nations.”

Marcos, on the other hand, said that the Chinese leader also recognized the role of his father, the late dictator Ferdinand Marcos, in opening diplomatic relations between Manila nd Beijing.

“Sinabi pa niya (He even said), my father has participated in and witnessed the development of China-Philippines relations, called him a builder, supporter, and promoter of the China-Philippines friendship,” Marcos noted in the same statement.

Before the conversation ended, Marcos said they both agreed to hold further bilateral talks to have a more comprehensive discussion of issues.

“We are both looking forward to having further dialogues. And he stressed that they should be bilateral. Sabi niya kaming dalawa ang mag-uusap (He said we talk, just the two of us), ‘wag na ‘yung iba (and not include others),” he also disclosed.

While the two countries have built relatively friendly ties for many years, tensions between China and the Philippines emerged amid a long-running maritime dispute as Beijing insists on its ownership of almost the entire South China Sea, including the West Philippine Sea and the exclusive economic zone of the Philippines.

Manila challenged Beijing’s claim through a case before the Permanent Court of Arbitration (PCA) in The Hague, Netherlands, in 2013. The Philippines won in 2016, as the PCA invalidated the claims of China.

But China has consistently refused to recognize the historic PCA ruling, disregarding the decision by constantly trespassing the Philippines’ territorial waters.

Marcos presidency a boon for China, awkward for US