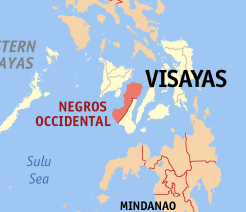 BACOLOD CITY — Former vice governor Emilio “Dino” Yulo, who was elected as representative of the fifth district of Negros Occidental, stressed the need to open up more road networks to remote villages on Monday, May 16.

“More roads in those areas will bring more progress and peace to the fifth district,” said Yulo, who reiterated his support for the revival of the Negros Island Region.

Yulo, who defeated incumbent Rep. Marilou Arroyo, said he took his oath before the governor to emphasize the need for unity.

During the campaign, Yulo said he reached out to as many people as he could and visited remote villages where he saw the need for roads to reach those areas.

“Opening up more roads that will connect Negros Occidental and Oriental will bring more progress, especially in insurgency-hit areas,” he said.

He cited the gateways between La Castellana and Canlaon City, Isabela and Guihulngan City, and Himamaylan City and Tayasan City.

Yulo, a former member of the Sugar Regulatory Administration (SRA) board, also said it is important that a Negrense be appointed to head the SRA because two-thirds of the country’s sugar is produced in Negros Occidental.

He also pointed out that the sugar industry is the main driver of Negros Occidental’s economy and it is important that the SRA administrator has a grasp of the situation on the ground.