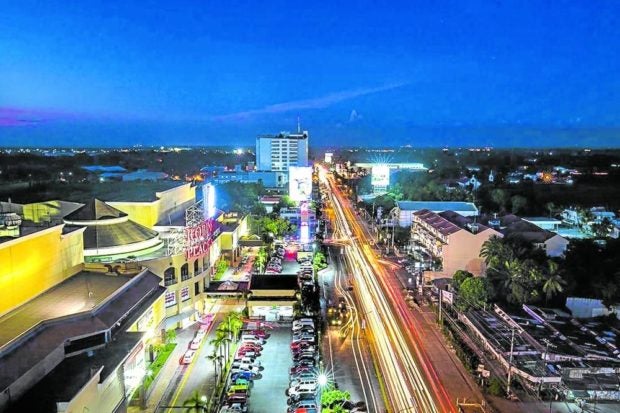 BATHED IN LIGHT The commercial district of Bacolod City, the capital of Negros Occidental province, is lit at night as businesses begin to recover amid more relaxed COVID-19 health and travel regulations. But Western Visayas region’s recovery is not fast enough to allow a daily wage hike from P55 to P110, the business sector said. —BOB LACSON/CONTRIBUTOR

BACOLOD CITY, Negros Occidental, Philippines — Business groups in Western Visayas are planning to contest any wage increase in the region saying it was untimely as they continue to feel the effects of the economic downturn caused by the COVID-19 pandemic.

Frank Carbon, vice president in the Visayas of the Philippine Chamber of Commerce and Industry (PCCI), said the business sector would be holding meetings to get a consensus on what action they would take after the Regional Tripartite Wages and Productivity Board (RTWPB) granted private sector workers in the region a wage increase ranging from P55 to P110 per day.

“Business groups in Western Visayas will study whether to file an appeal on the wage hike before the RTWPB or before the National Wages and Productivity Commission,” he said on Monday.

Carbon, also the chief executive officer of Metro Bacolod Chamber of Commerce and Industry, said he would meet with his members and with other business groups in Western Visayas to discuss the course of action to take. The region is composed of the provinces of Negros Occidental, Iloilo, Capiz, Antique, Aklan and Guimaras.

Instead of wage hikes, Carbon said both the national and local governments should focus on creating more jobs.

“If [the] wage increase pushes through, other businesses might be forced to reduce the number of workers,” he said.Expedited review

Under the wage order released last week by the RTWPB in Western Visayas, workers in private establishments with more than 10 employees will earn P450 daily, or P55 higher than the current P395, according to Sixto Rodriguez Jr., director of the Department of Labor and Employment and chair of the region’s RTWPB.

On the other hand, workers in private establishments employing 10 workers and below will get a daily minimum wage of P420 from P310.

Agricultural workers will get a pay of P410 daily from P315 while the “kasambahay,” or domestic workers, will receive P4,500 per month from the current P4,000.

The last wage increase in Western Visayas was given in 2019 when private sector workers got a P15 to P30 per day hike. 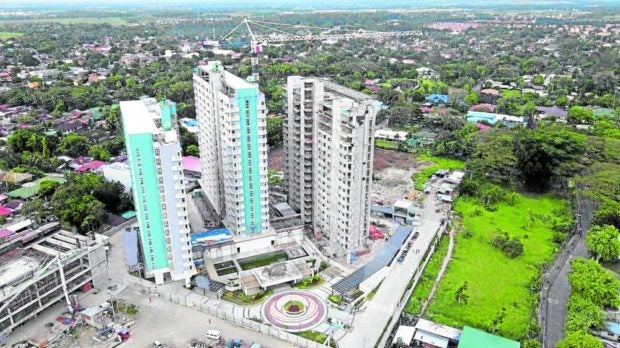 CHANGING The skyline of Bacolod City is changing amid a growing economy. —RONNIE BALDONADO/CONTRIBUTOR

Labor Secretary Silvestre Bello III on Sunday thanked the wage board in Western Visayas for heeding his call to expedite the review of the current minimum wage in the region.

“Let me cite the good job done by Region 6 (Western Visayas) wage board for taking the extra mile in resolving the petition for wage adjustments in their jurisdiction,” he said.

“I am confident we can overcome the odds in wage-setting if only to help ease the living conditions of our minimum wage earners,” he said.

The wage hike in the region will take effect after it is reviewed and approved by the National Wages and Productivity Commission and printed in a newspaper of general circulation, according to Rodriguez.

The wage hike in Western Visayas, he said, would likely take effect on or before June 12.