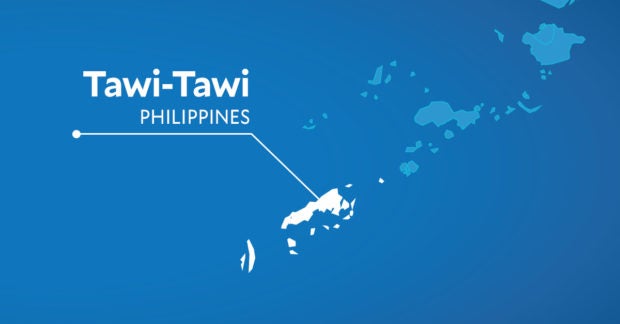 ZAMBOANGA CITY, Zamboanga del Sur — Thirteen persons, six of them minors, were rescued from a distressed boat on the seas between Mantabuan and Banaran Islands, Sapa-Sapa town in Tawi-Tawi on Sunday morning, May 15.

Brig. Gen.Romeo Racadio, commander of the Naval Task Group Tawi-Tawi, said a text message they received about a small boat burning in the high seas of Mantabuan and Banaran Islands prompted them to dispatch a team of Marine troops on a speedboat from their naval base Barangay Batu-Batu, Panglima Sugala town even as they informed the local government of Sapa-Sapa for possible search and rescue operations.

After the fire that started on the boat at 8 a.m., the rescue team found the 13 survivors stranded in a sandbar located between the Mantabuan and Banaran Islands.

The survivors were ferried towards Lamion Wharf in Bongao town, where they underwent medical check-ups and other assistance before they were turned over to relatives. — Julie Alipala, Inquirer Mindanao

4 rescued from capsized speedboat in Tawi-Tawi