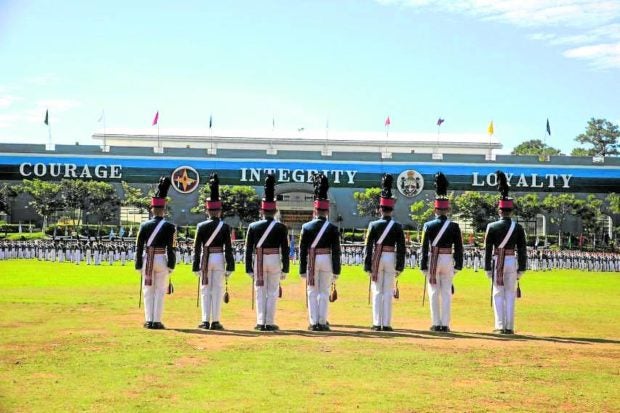 MANILA, Philippines — President Rodrigo Duterte pardoned on Sunday the outstanding punishments of all Philippine Military Academy (PMA) cadets during the graduation rites for the graduating “Bagsik Diwa” Class of 2022 in Baguio City.

“During training, some of the Cadets violated rules and regulations of the CCAFP such as being late in formation, unprepared uniform, absent from duty,” she told INQUIRER.net in a message.

“In order for them to be disciplined and ensure that they learned from their mistakes and offenses, they were given corresponding punishments in the form of demerits and touring for a certain hours,” she added.

Touring is when cadets walk around the grandstand for certain hours in battle dress uniform while carrying a rifle.