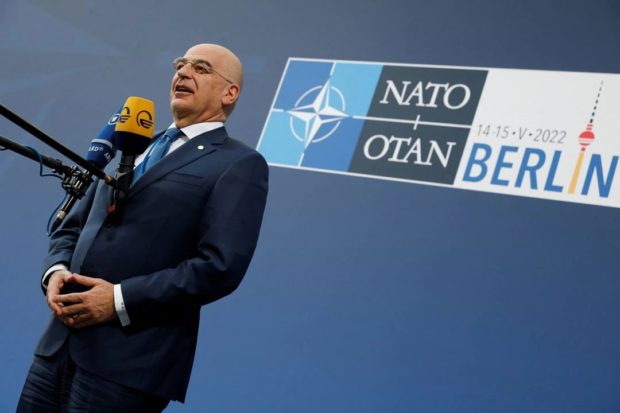 “Greece has excellent relations with these two countries, which are also members of the European Union,” Nikos Dendias said in Berlin where he will attend an informal Nato ministers meeting.

“The Greek side has a very clear stance (on the matter), we are ready to welcome Sweden and Finland to the Nato family, we believe they have much to offer,” he said.

A day after Russia’s northeastern neighbor Finland committed to applying to join Nato, Swedish Foreign Minister Ann Linde said membership for her country would have a stabilizing effect and benefit countries around the Baltic Sea.

Joining the 30-nation Western military alliance would end the neutrality the two states maintained throughout the Cold War. It would further the expansion of Nato that Russian President Vladimir Putin said his invasion of Ukraine aimed to prevent.

Moscow has said Finland’s entry to Nato poses a threat to which it will respond, but it has not specified how.