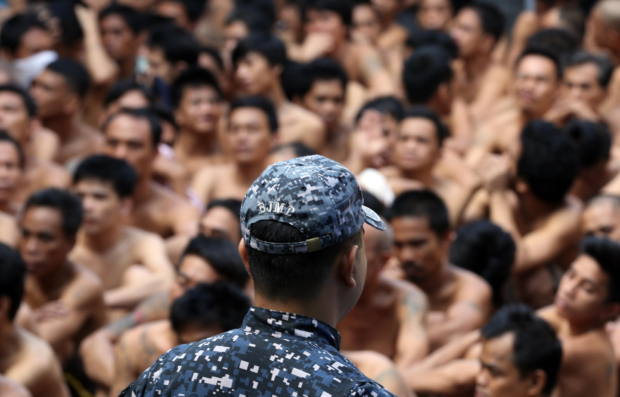 MANILA, Philippines — One inmate was killed while nine others were wounded in a riot that erupted inside the Quezon City Jail on Friday, the Bureau of Jail Management and Penology (BJMP) said.

Based on an initial report, the BJMP said the riot broke out at the QC Jail male dormitory at about 3:07 p.m.

Ten persons deprived of liberty or PDLs were brought to the East Avenue Medical Center for treatment but one of them was declared dead on arrival.

The BJMP said they are still investigating the cause of the riot.

In a separate report, the Quezon City Police District (QCPD) said eight of the wounded men sustained injuries from an alleged improvised firearm by “warring parties of the Batang City Jail and Commando.”

It added that a member of the notorious Bahala na Gang was also allegedly involved.

Police said the riot was pacified at around 4:30 p.m.