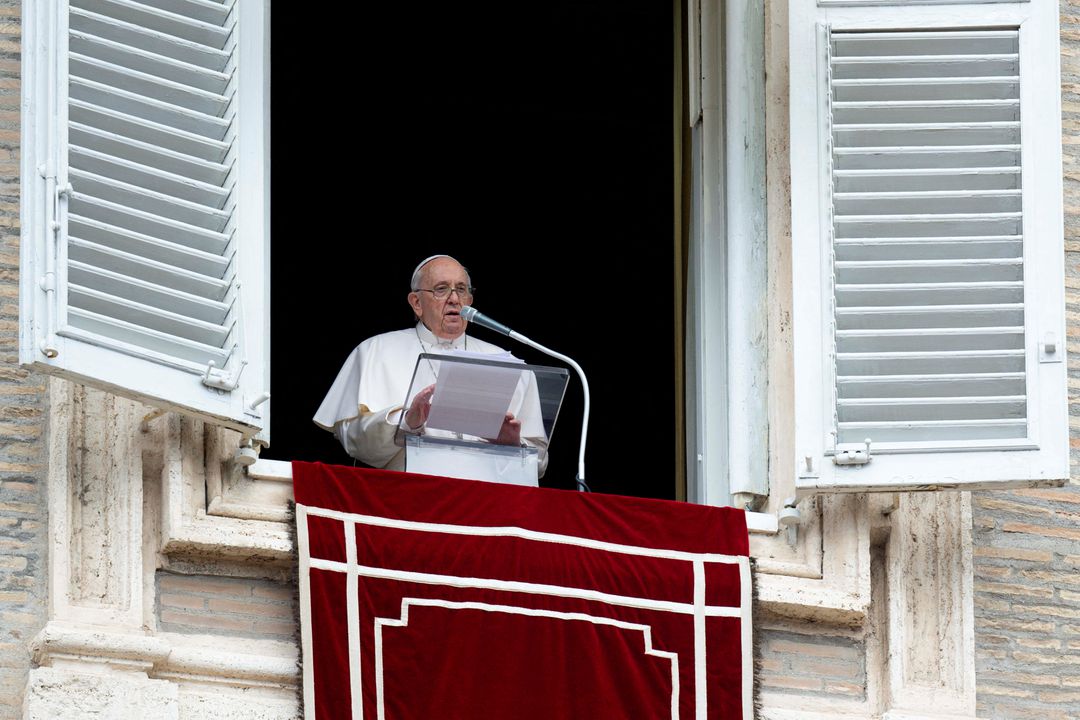 Pope Francis speaks during Regina Caeli prayer, in Saint Peter’s Square at the Vatican, May 1, 2022. Vatican Media/­Handout via REUTERS/File Photo

VATICAN CITY — A Frenchman murdered in the desert, a Dutch priest killed in a Nazi concentration camp and an Indian lay convert are among 10 new saints being created by Pope Francis on Sunday.

Tens of thousands of people from around the world are expected in St Peter’s Square in the Vatican for the Canonization Mass, presided over by the 85-year-old pontiff.

Under the rules of the Catholic Church, all 10 have already been beatified, or named “blessed”, but had to then be attributed a miracle to take the final step to sainthood.

Most founded religious orders, but the new saints include Charles de Foucauld, a French soldier and explorer.

He became a Catholic priest and lived among Trappist monks in Syria, in Palestine, and finally among the Tuaregs in the Algerian desert.

He was murdered by bandits on December 1, 1916, but his works outlasted him and he became one of France’s most celebrated men of faith.

Vatican theologians attributed to de Foucauld the cure of a cancer sufferer in 1984, and he was beatified by Pope Benedict XVI in 2005.

His second miracle was declared after a young French carpenter survived a 15-meter (50-foot) fall in 2016.

Among the crowd on Sunday will be members of the Algerian Catholic church, for whom de Foucauld “is extremely important,” noted the archbishop of Algiers, Jean-Paul Vesco.

“It was here that his life became incandescent,” Vesco told AFP before heading to Rome.

Another taking the step to sainthood is Dutch Carmelite priest, theologian and journalist Titus Brandsma, who took a stand against the Nazis during World War II.

He spoke out against them before Germany invaded the Netherlands in 1940 and afterward, encouraging Catholic Dutch newspapers to resist the occupiers’ propaganda.

Brandsma was arrested in January 1942 and ended up in the Dachau concentration camp, where he died on July 26 of that year, after being injected with carbolic acid.

He was beatified in 1985 after being declared a martyr, and was subsequently found to have enacted a miracle in healing a Carmelite priest.

Ahead of the Mass on Sunday, a group of journalists signed an open letter to Pope Francis urging him to make Brandsma an official patron saint for journalists.

He “shared the deeper mission that should drive journalism in modern times: a search for truth and veracity, the promotion of peace and dialogue between people”, they said.

Devasahayam Pillai, known as Lazarus, will be the first Indian layman to become a saint, according to the Vatican.

A Hindu from what is now the southern state of Tamil Nadu, he converted to Catholicism in 1745 while working at the royal palace, where he met a captured Dutch commander who taught him about Christianity.

But his faith, and his preaching of equality of all peoples — a revolutionary view at the time — caused a stir and when he refused to renounce his new religion, he was arrested, according to the Vatican.

After almost three years of imprisonment and torture, during which he began to be visited by pilgrims, he was shot dead in a forest on the orders of the king on January 14, 1752.

He was declared a martyr and beatified in 2012, before being later attributed the miracle of resuscitating a fetus in the 20th week of pregnancy.