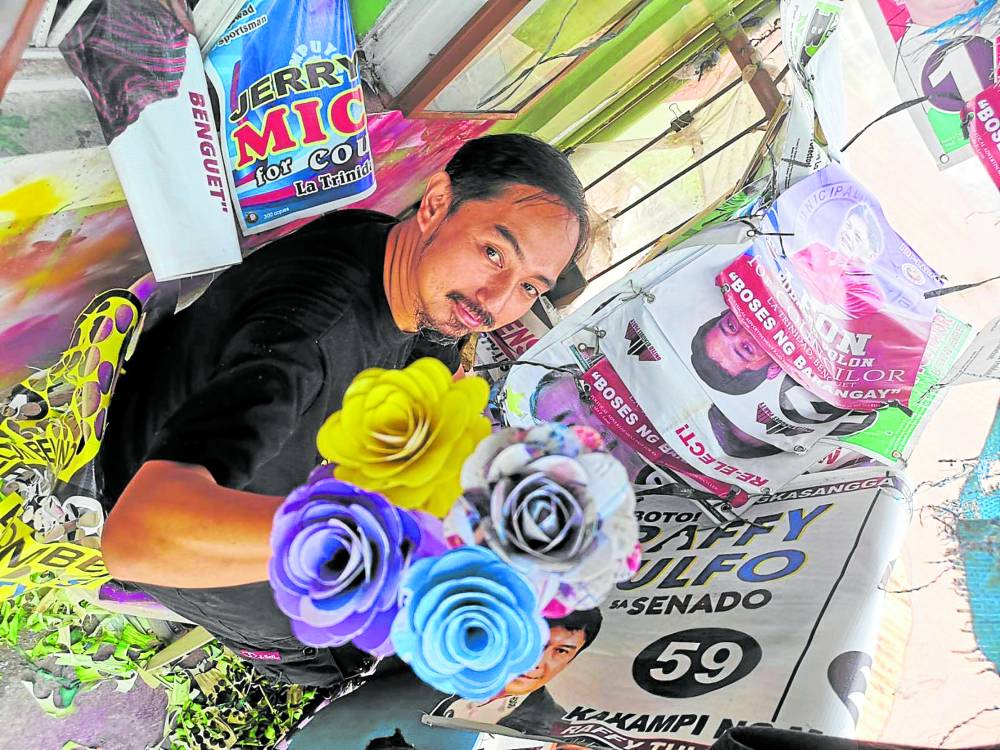 LA TRINIDAD, BENGUET—Dean Cuanso, a resident of this vegetable trading town, was upset when he saw piles of discarded campaign tarpaulins after the midterm elections in 2019.

Worried that it would be the same situation again after Monday’s national and local elections, Cuanso, who has been engaged in the manufacture and sale of home items made from recycled materials, decided to launch the “Eco-tarp Recycling Challenge” on social media, for residents to collect and reuse discarded campaign materials.

Cuanso and his wife, Libay, own and operate Accents and Petals, an upcycling company they formed in 2007, which has produced items like recycled bouquets made of denim, jute sacks and corn husk that have graced events like weddings and birthday parties.

According to Cuanso, his family used to live in nearby Baguio City, where he would visit construction sites in search of metal parts and broken tiles so he and his friends could build robots and action figures. 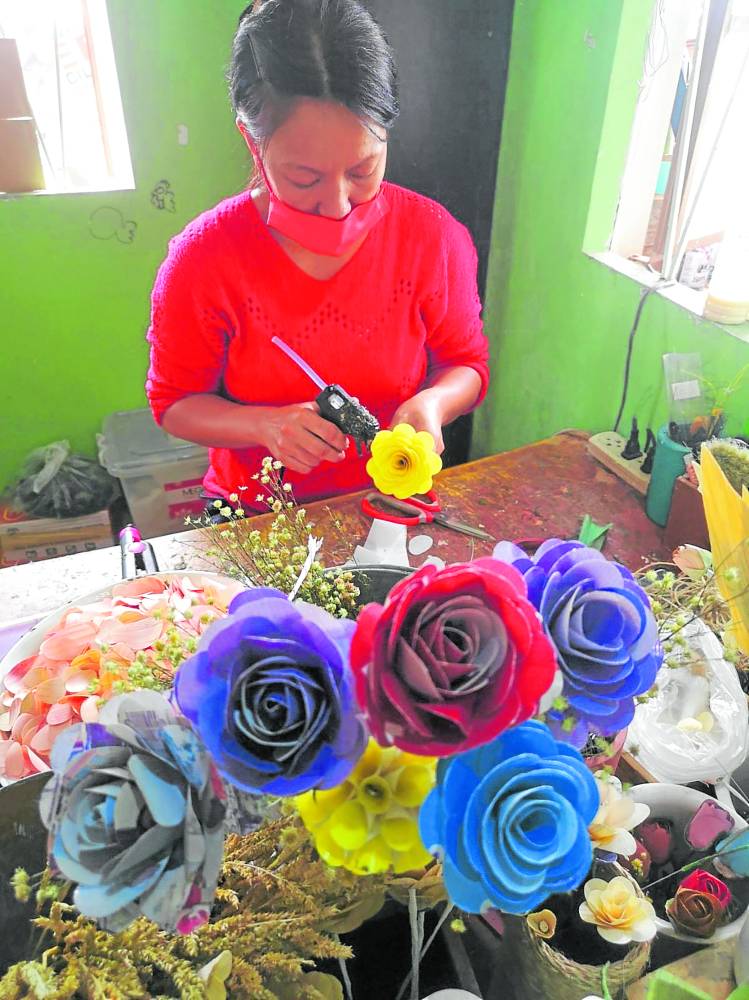 MADE FROM TRASH A worker makes flowers out of trash, a project of couple Dean and Libay Cuanso who built the upcycling company Accents and Petals. —EV ESPIRITU

He said recycling had always been part of his life, and Libay, the company’s chief designer, grew up repurposing trash into usable items in grade school.

Cuanso said he and his wife lived for a while in Metro Manila, and their first successful items at the time were tin cans turned into découpage home decorations. “This is the art of dressing up the cans,” he said.

The positive feedback from neighbors encouraged the couple to turn their passion into a full-blown business, “because we will never run out of raw materials,” he said.

The couple is now producing decorative flowers made of tarpaulins thrown away after May 9.In Quezon province, an environmentalist group asked candidates and their supporters to take down their campaign materials and dispose of these properly.

“Now that the election is over, we’re all facing an urgent challenge—how to get rid of voluminous campaign materials around us, most of them are threats to the environment,” said Jay Lim, project officer of Tanggol Kalikasan.

In Cebu City, Marilou Paredes, acting election officer of the city’s south district, urged candidates and their supporters to help in cleanup efforts.

Reelected Mayor Michael Rama said he had formed a task force to respond to the request of the Commission on Elections. —WITH REPORTS FROM DELFIN T. MALLARI JR. AND NESTLE SEMILLA