From the Cold War to Ukraine: a brief history of Nato | Inquirer News
Close
menu
search

From the Cold War to Ukraine: a brief history of Nato 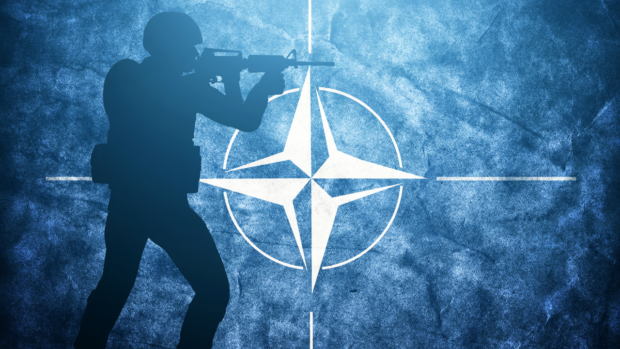 PARIS — Nato is the world’s biggest military alliance, bringing together 30 European and North American countries who commit to defend each other in the event of attack.

The alliance was formed at the start of the Cold War to protect Western Europe against the threat of Soviet aggression but its remit and reach have expanded over time.

Here is a brief history of the Brussels-based organization:

The North Atlantic Treaty Organization is founded on April 4, 1949, by 12 countries alarmed by the Soviet Union’s drive to install communist regimes across Eastern Europe.

The treaty’s key Article 5 states that “an armed attack against one or more of them in Europe or North America shall be considered an attack against them all”.

It requires other members to undertake “such action as it deems necessary, including the use of armed force”.

Moscow’s response to Nato’s creation is to set up a rival club of 12 communist countries called the Warsaw Pact.

After the Soviet Union falls apart in 1991, Nato sets about developing links with former adversaries in Eastern Europe and helping end the Balkans wars.

A year later, the alliance puts boots on the ground for the first time when it deploys peacekeepers to Bosnia.

In 1999, it carries out a 78-day bombing campaign in Serbia over Belgrade’s bloody crackdown on the breakaway province of Kosovo.

Serbian troops duly withdraw from Kosovo, which is placed under UN administration.

The 1990s also sees Nato attempt to break the ice with Russia.

In 1997, the alliance signs a political “founding act” with Moscow pledging to build a “stable, peaceful and undivided Europe” and stressing that they “do not consider each other as adversaries”.

In 1999, the first ex-communist countries join Nato: the Czech Republic, Hungary and Poland.

Nato’s “one for all and all for one” pledge is invoked for the first time after the 9/11 attacks on the United States.

Nato joins the US-led “war on terrorism” in 2003, taking the lead of the International Security Assistance Force (ISAF) deployed to Afghanistan to root out Al-Qaeda and other Islamist militants.

As the European Union expands, so does the alliance: Bulgaria, Romania, Slovakia and Slovenia join in 2004.

The admission the same year of the three ex-Soviet states of Estonia, Latvia and Lithuania particularly annoys Russia.

In 2011, it is given a UN mandate to use “all necessary measures” to protect civilians from the fury of embattled dictator Moamer Kadhafi.

The alliance also contributes to fighting piracy off the Horn of Africa, monitoring human trafficking in the Mediterranean and fighting cyberattacks.

Its combat mission in Afghanistan largely ends in 2014.

But Nato allies only withdraw fully seven years later, sparking a collapse of Western-trained Afghan forces and a takeover of Afghanistan by the Taliban.

Relations between Nato and Moscow suffer a severe setback in 2014 over Russia’s annexation of Crimea and support for a rebellion in eastern Ukraine.

In 2016, Nato deploys four multinational battalions to Poland and the Baltic states, marking the biggest reinforcement of Nato’s collective defenses since the Cold War.

At the same time the alliance’s relevance is increasingly being questioned, with former US president Donald Trump dismissing it as “obsolete” and French President Emmanuel Macron declaring it “brain dead”.

On February 24, 2022, Russia invades neighbouring Ukraine, a Nato partner country that had for years attempted to join the alliance.

Nato urges Russian President Vladimir Putin to end the “senseless war” but says it will not send troops to Ukraine.

It rebuffs Kyiv’s demands to impose a no-fly zone over the country, fearing being drawn into a confrontation with nuclear-armed Moscow, but agrees to send weapons.

On March 15, Ukrainian President Volodymyr Zelensky says his country should accept it will not become a member of Nato.

Meanwhile, Finland and Sweden, which have been neutral for decades, say they are considering joining the club.