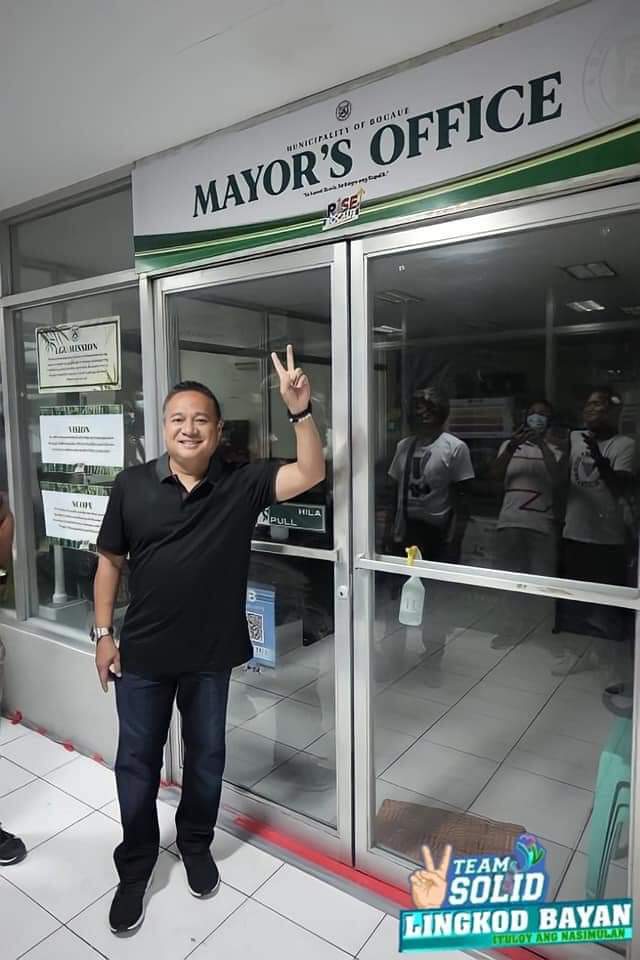 Former mayor Eduardo “JJV” Villanueva Jr. of Bocaue had this photo taken at the front door of the office of the mayor after he was proclaimed the newly elected town mayor. (Contributed photo)

CITY OF MALOLOS, Bulacan––A businessman unseated his niece in the mayoral race in San Ildefonso town in this province by a narrow margin in the recently concluded May 9 elections.

The province also saw seven other new faces get elected to various positions.

Hagonoy Mayor Raul Manlapaz will be succeeded by his wife, Baby.

Lawyer Agatha “Agay” Cruz succeeded her father, outgoing Guiguinto Mayor Ambrosio Cruz Jr., who was proclaimed the winner in the congressional race in the newly created fifth district of Bulacan.