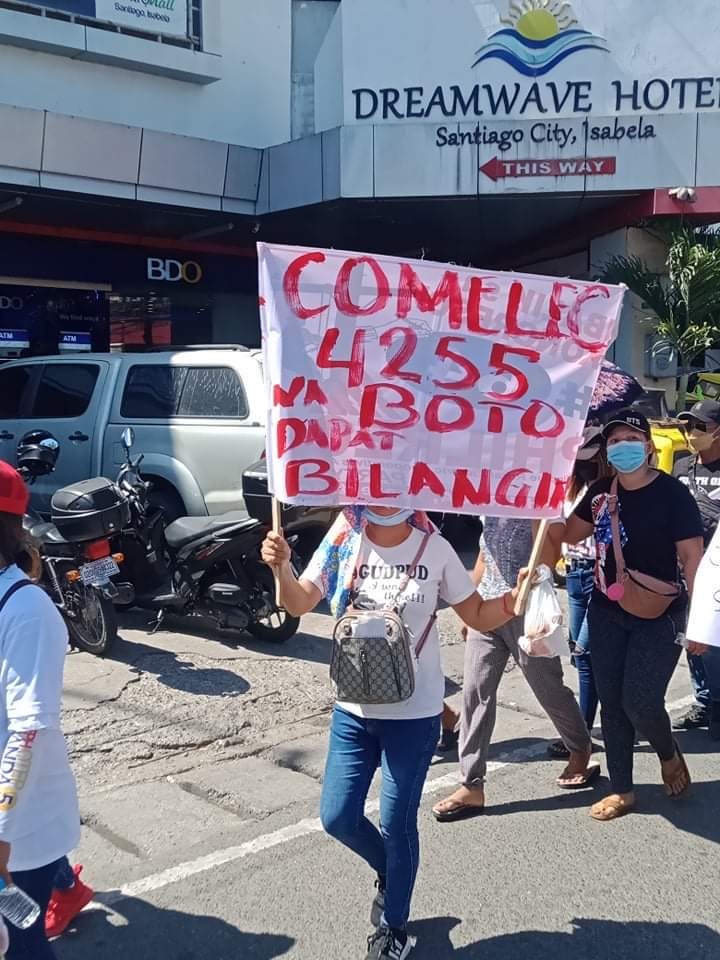 Supporters of losing mayoral bet Joseph “Otep” Miranda in Santiago City on Wednesday (May 11) stage a protest against the alleged rejection of 4,255 ballots and the vote-buying spree during the May 9 elections. | PHOTO: Villamor Visaya Jr.

SANTIAGO CITY–About 1,000 villagers on Wednesday (May 11) took to the streets to condemn the alleged vote-buying, non-inclusion of 4,255 ballots, and other irregularities during the conduct of the May 9 elections here.

Miranda’s counsel, Nelia Natividad, and his father, former mayor Jose “Pempe” Miranda, claimed that they have documented incidents of massive vote-buying, the non-inclusion of 4,255 rejected and misread ballots that would have allegedly brought Miranda into victory, and other other election offenses.

Both Binbinon and Dela Cruz advised the protesters to file formal complaints with legal courts, the Commission on Elections, and the police, if necessary.

Isabela Fourth District Rep. Sheena Tan-Dy, who won the mayoral race here, has yet to issue a statement on the matter.