Marinduque’s Velasco gets reelected for governor via landslide victory 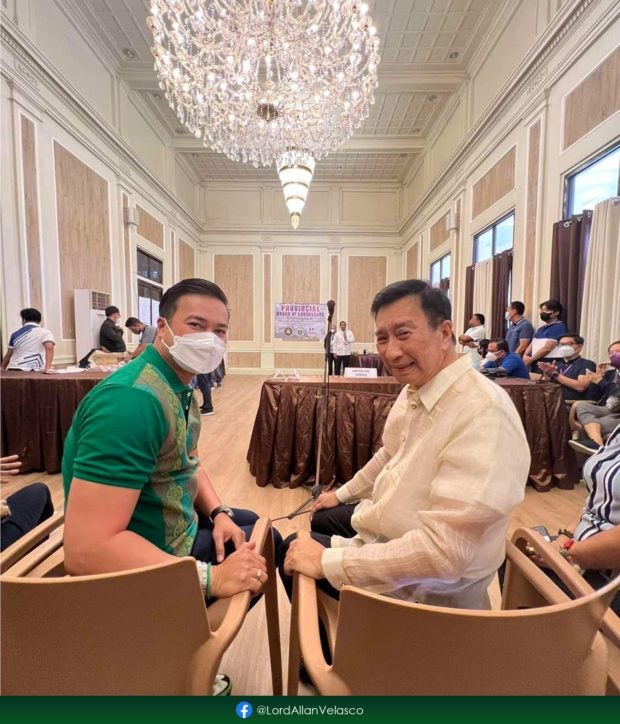 BOAC, Marinduque — Incumbent Governor Presbitero Velasco Jr. was proclaimed governor of Marinduque province for a second term in a landslide victory in the may 9 elections.

The elder Presbitero led by 63,115 votes or 48.08 percent of the total voting population of the province, against closest rival, the current Vice Governor Romulo Bacorro Jr.

His son, House Speaker Lord Allan Jay Velasco, was also re-elected as its lone district representative for a third consecutive term. The unopposed congressional candidate, garnered 100,794 votes or 100 percent of the final tally of votes counted after the tabulation of all election returns by the Marinduque Provincial Board of Canvassers on Tuesday, May 11.

Meanwhile, of all the candidates for Board Members, those under the PDPLBN party dominated the polls.

For Board members at the second district, three were elected under the said party namely: Mel Encabo, Mercy Rejano and Ishmael Lim, while only one independent candidate Danny Red was elected for the Board Member seat.

Among the mayoral race in the six towns of Marinduque, local chief executive aspirants under PDPLBN party also dominated.

While other districts – in Sta. Cruz, mayor-elect Marisa Red under the Nationalist People’s Coalition (NPC) is a returning mayor after she was defeated last 2019 national-local elections; and in the town of Buenavista, is the independent mayoral candidate, now newly-elected mayor Eduard “Bong” Siena.

Proclamation of the municipal mayors and other local officials had been conducted at their respective municipalities led by each Municipal Board of Canvassers on Tuesday.