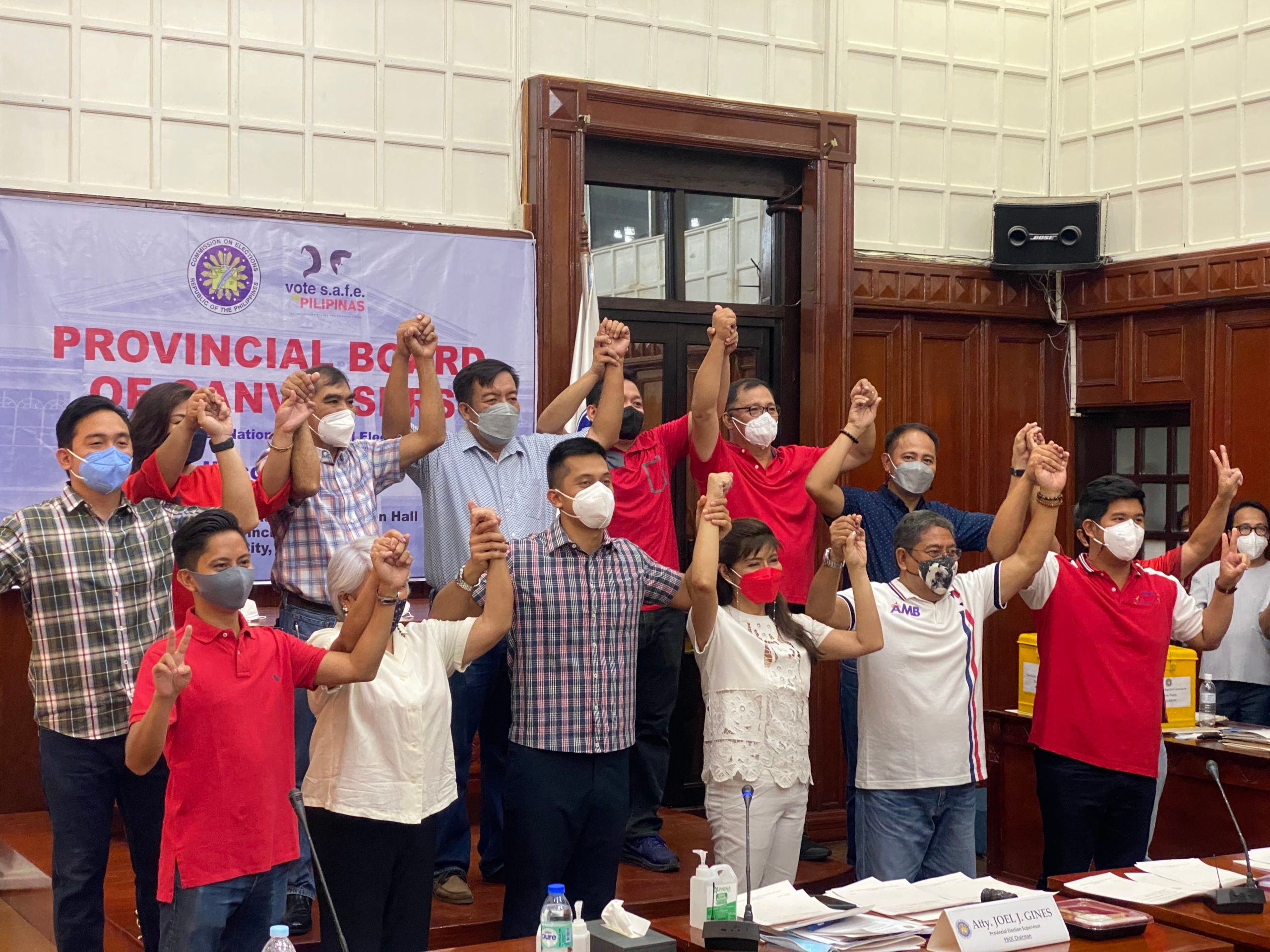 The Marcoses of Ilocos Norte are being proclaimed as winners in the 2022 local elections. | PHOTO: John Michael Mugas

LAOAG CITY, Ilocos Norte—Political neophyte Sandro Marcos was proclaimed winner in the first district congressional race in Ilocos Norte on Tuesday (May 10) by the Commission on Elections (Comelec).

The first district has been a stronghold of the Fariñases, where Ria, the daughter of veteran politician and former congressman Rodolfo “Rudy” Fariñas, is the incumbent.

After the proclamation, Sandro said that he would try to push for bills that are focused on agriculture, jobs, and technological improvement in the province’s first district.

Other members of the clan who were proclaimed as winners on Tuesday were Cecilia Araneta Marcos who got a second term as vice governor of Ilocos Norte. Angelo Marcos Barba was also proclaimed as the winner for his second term as first district representative of the province.