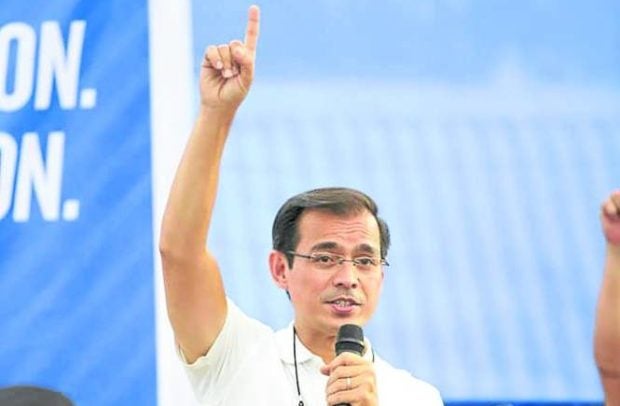 MANILA, Philippines — A cheery-looking Manila Mayor Francisco “Isko Moreno” Domagoso cast his vote on Monday at an elementary school in his city’s dense and impoverished Tondo district, insisting he made the right call to run for president despite low poll numbers.

The Aksyon Demokratiko standard-bearer took less than a quarter-hour to vote, entering his precinct at Magat Salamat Elementary School at a little past 11 a.m. and being finished by 11:16.

Speaking to reporters after voting, Domagoso said he was leaving his fate to God, as he thanked his supporters and volunteers, as well as the news media who followed him on the campaign trail, for staying with him until Election Day.

The 47-year-old former actor, who spent his youth scavenging for scraps in the Tondo slums, said one of his takeaways after the grueling three-month campaign was how many provinces of the country remained mired in poverty.

“We saw how our compatriots in different corners of our country were deprived of progress. Sad to say but it’s true. As I said in my miting de avance, my decision was correct to run for president to offer an option to the long conflict between reds and yellows,” Domagoso said, referring to pro and anti-Marcos forces.

Domagoso said he wished for a peaceful conduct of the elections, repeating his stump line promising “peace of mind.”