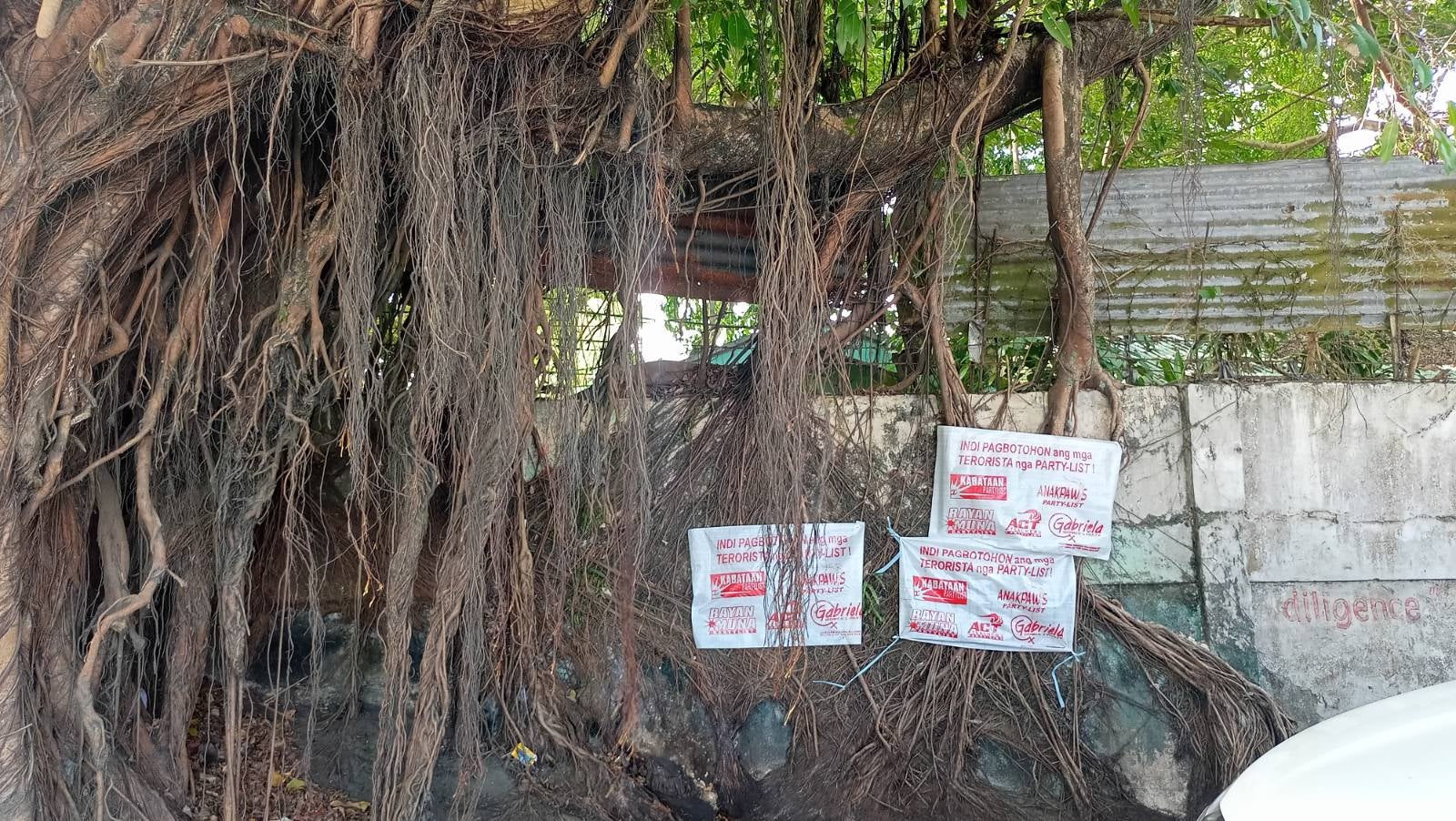 ILOILO CITY—Progressive partylist groups have been subjected to red-tagging even on election day.

The poll watchdog Kontra Daya reported that posters accusing the partylist groups under the Makabayan coalition were posted on the walls of the Iloilo City National High School (ICNHS) in Molo District in this city and other voting centers in Arevalo and Lapaz Districts.

The posters at the ICHNS accused Anakpawis, Bayan Muna, Gabriela, ACT Teachers, and Kabataan of being “terrorist partylists” groups that should not be voted. The posters were unsigned.

Similar Red-tagging statements were also posted on social media, according to Kontra Daya.

Campaigning for or against any candidate or party is prohibited during election day.

International and domestic human rights advocates have also condemned Red-tagging as these led to attacks against and killings of lawyers, farmers, human rights defenders, and doctors, most of which remain unsolved.