Bear with us, Comelec appeals to voters 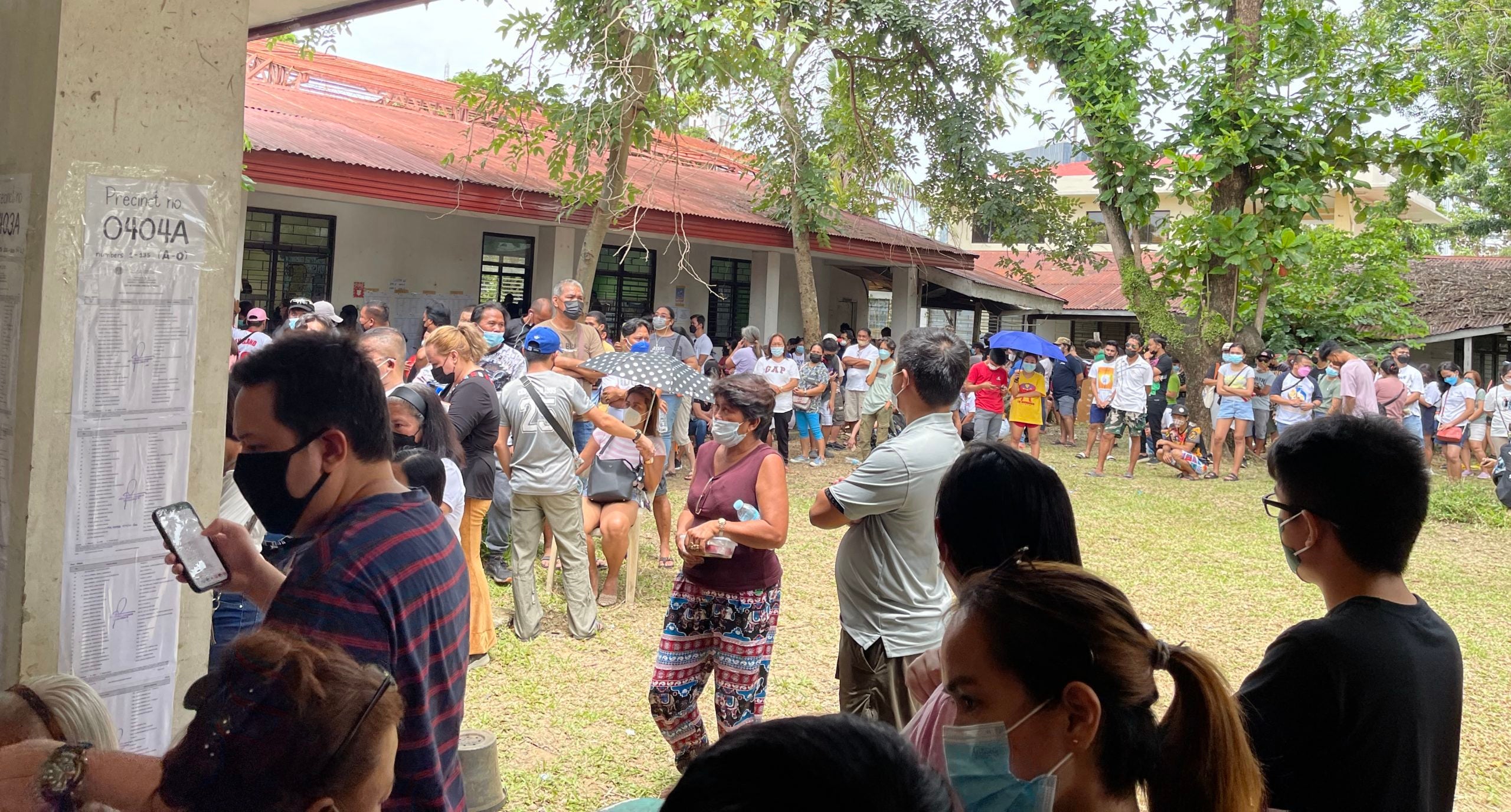 Voters patiently line up and wait for their turn at the University of the Philippines Cebu College in Barangay Lahug, Cebu City despite the sweltering heat of the afternoon sun. Photo by Connie Fernandez-Brojan, Inquirer Visayas

CEBU CITY—The Commission on Elections in Central Visayas (Comelec-7) is appealing to the public for understanding amid complaints of voters that they have to line up for hours before being able to cast their votes.

“Much as we would like it to be easier for our voters, it is unfortunate (that this is happening),” said Comelec-7 director Dennis Ausan in a news conference Monday morning at the Regional Election Monitoring and Action Center inside Camp Sergio Osmeña in this city.

Ausan said that while there was high interest from the public to participate in this year’s elections, the Comelec had to limit the number of people inside the polling precinct in compliance with COVID-19 health protocols.

He added that measures had been in place in anticipation of a high turnout, including tapping the police in controlling the crowd.

Ausan admitted that there were reports that several vote-counting machines (VCM) had malfunctioned.

Those in Cebu City could easily be repaired, he added.

Those VCM machines that needed to be replaced were from Duero town in Bohol and two others for two precincts in Lazi town in Siquijor province.

He said they received several reports of shooting incidents in Lapu-Lapu City and San Fernando town in Cebu on Sunday night but these were not election-related.