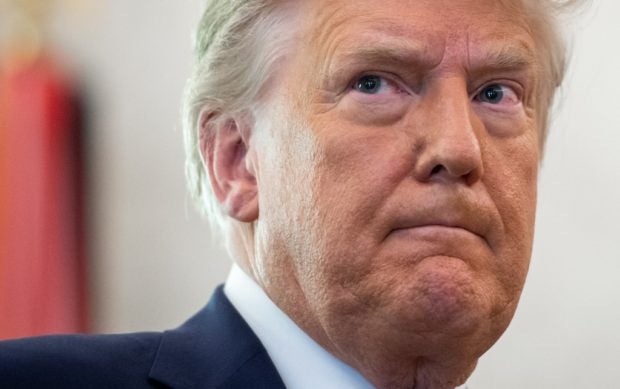 SAN FRANCISCO – A lawsuit filed by former US president Donald Trump seeking to reinstate his banned Twitter account was tossed out Friday by a federal judge in California.

The suit’s argument that Twitter had “censored” Trump in violation of free speech rights was weak, since the First Amendment bars government bodies — not private businesses — from interfering with what citizens say, the judge said in his ruling.

“The amended complaint does not plausibly allege a First Amendment claim against Twitter,” US District Court Judge James Donato said in a ruling dismissing the lawsuit.

Donato left the door open for the suit — which was filed by Trump, the American Conservative Union, and a few people who contended they were “de-platformed” — to be modified and refiled.

The suit names Twitter and its former chief Jack Dorsey as defendants, and sought cash damages as well as an order to have the suspended accounts immediately reinstated.

Twitter permanently suspended Trump’s account two days after his speech at a January 6, 2021 “Stop the Steal” rally inflamed a mob that later laid siege to the Capitol as lawmakers were certifying President Joe Biden’s victory.

Trump was booted from Twitter “due to the risk of further incitement of violence” being caused by his tweets, the service said at the time.

The legal defeat comes as billionaire Elon Musk is in the process of buying Twitter and promising to limit content moderation to a legal minimum.

The deal sets Musk up to  revisit the ban on the brash Republican — a move that could roil US politics as the nation marches towards the November midterm elections as well as a potential Trump re-election bid in 2024.