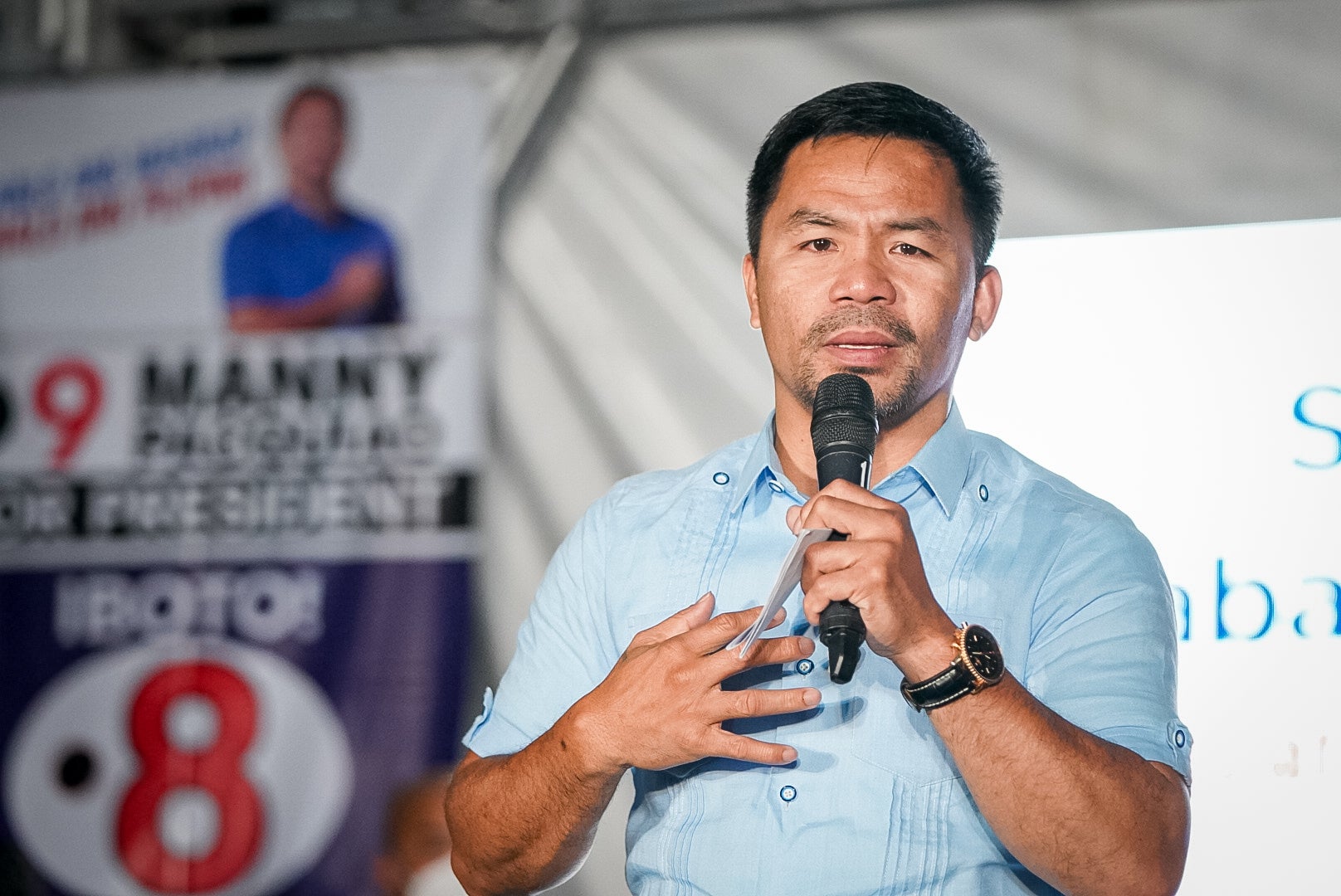 Sen. Manny Pacquiao is “amazed” that the national government’s outstanding debt went up to a new high of P 12.68 trillion and yet the Philippines “lagged behind” in its COVID-19 response.

The retired boxing champ said he would audit the government’s borrowings, projects and contracts for the past 10 years if he was elected president.

“It’s amazing … We have a pandemic. It’s amazing that for one administration, our debt ballooned to P12 trillion from the previous P6 trillion,” Pacquiao said in a press briefing in San Remigio, Cebu, on Thursday.

Pacquiao made the remarks after the Bureau of the Treasury said the government’s borrowings already reached P12.68 trillion in March from P12.09 trillion in February.

He also wondered how the Philippines was behind its pandemic response given its borrowings for COVID-19 measures.

Pacquiao said he would take a second look at the country’s debts and how it was spent on projects and contracts for the past 10 years.

“I will audit everything, 10 years backward. So that they will know,” he added.