Mayor Isko banks on ‘silent majority’ to deliver votes for him 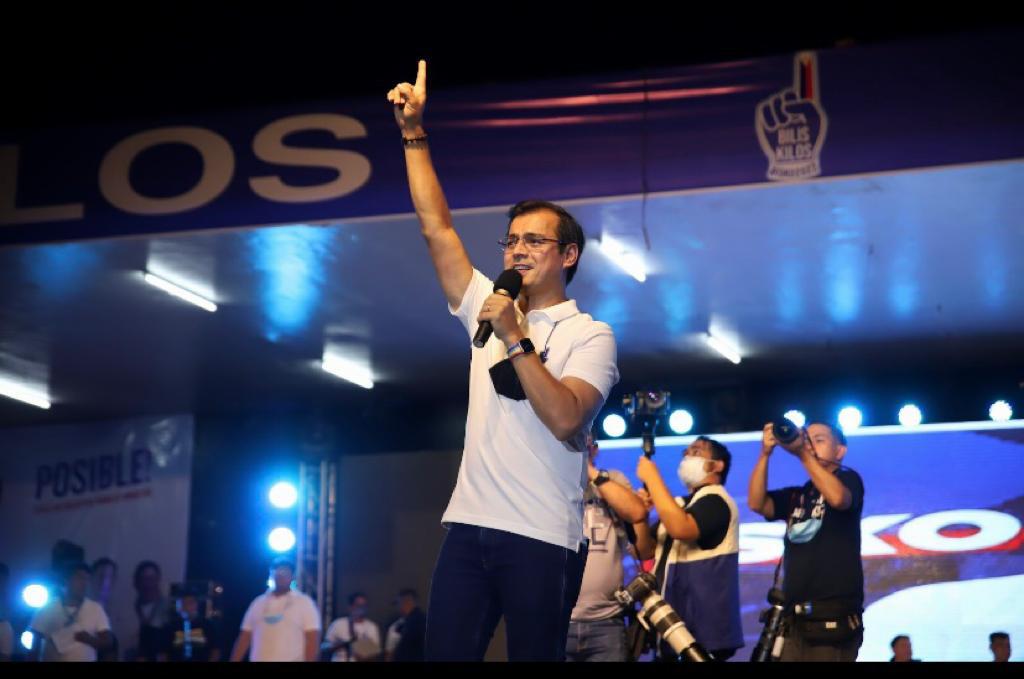 MANILA, Philippines — Manila Mayor Isko Moreno Domagoso has again proven his massive support among the silent majority as a large crowd gathered at Team Isko’s grand rally in Tacloban City, Leyte Thursday evening to show their full support to the Aksyon Demokratiko standard-bearer and his slate.

Despite Leyte being the home province of former First Lady Imelda Romualdez Marcos, the mother of presidential candidate Ferdinand Marcos Jr., organizers said the large crowd reached a peak of 30,000 at the RTR Plaza where the grand rally was held.

Moreno could only thank the people that consisted of all voting ages, from the youth to senior citizens, who came out in full force to personally show their support to him and his vision of serving them and leading them in attaining their aspirations for a better life.

The 47-year-old presidential aspirant said it is this hope for a better future that makes him more determined to fulfill the promise of real change that succeeding administrations since 1986 have failed to fulfill to the people due to the decades-long conflict between the Marcoses and the Aquinos and the elitist politics they represent.

Moreno also pointed out that what happened recently at a posh mall in Makati City where supporters of his rivals Vice President Leni Robredo and Marcos Jr. had a shouting match is just a preview of what things to come for the country if either one of them becomes president. 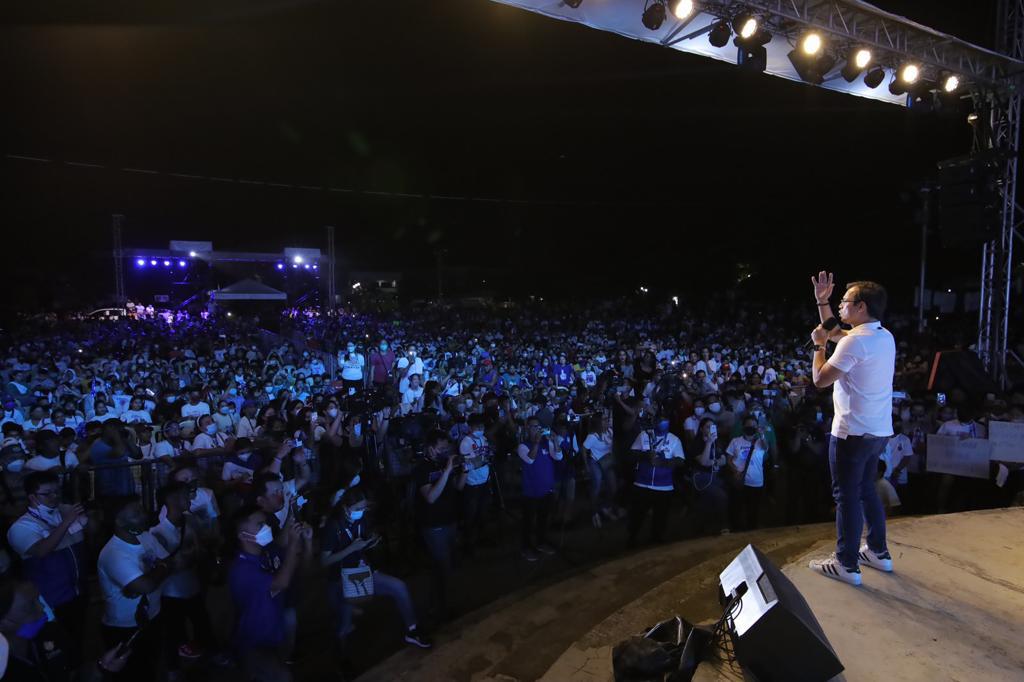 Given the chance, Moreno vowed to address poverty, hunger, unemployment, inequality and social injustice through an inclusive and equitable infrastructure development program as spelled out under his 10-point Bilis Kilos Economic Agenda.

To achieve this, Moreno’s administration will focus on building climate-resilient public housing, public schools, and public hospitals that will serve as beacons of hope and new beginnings during times of calamities. These in turn will create more jobs and opportunities for Filipinos.

The support of the silent majority was also evident when Mayor Isko and the rest of Team Aksyon Demokratiko which include his running mate Dr. Willie Ong, senatorial bets Carl Balita, Samira Gutoc and Jopet Sison, and guest senatorial candidate John Castriciones of PDP-Laban, paid a courtesy call to Leyte Governor Leopoldo Petilla earlier in the day.

While the Leyte governor and his brother, gubernatorial bet Jericho Petilla, the former energy secretary during the Benigno Aquino III administration, had already endorsed the candidacy of Marcos Jr., Moreno was mobbed by shrieking and cheering provincial officials and employees who jostled for position to get that precious selfie or just get near the youthful presidential candidate to touch him and speak words of encouragement.

Shouts of “Isko!” and “two joints” could also be heard from the jostling crowd of provincial capitol employees. And this encapsules Moreno’s campaign, from his Listening Tours that started last October, to the campaign sorties that ended in Tacloban City.

Wherever he went throughout the country, in motorcades, town hall meetings, ISKOncert rallies, and grand rallies; through rains or stormy weather or in sweltering heat; the support of the masses is palpable – people blocking Mayor Isko’s paths, parents bringing their babies for him to kiss, elderly women sidling close for a selfie, teenage boys shouting “two joints!”