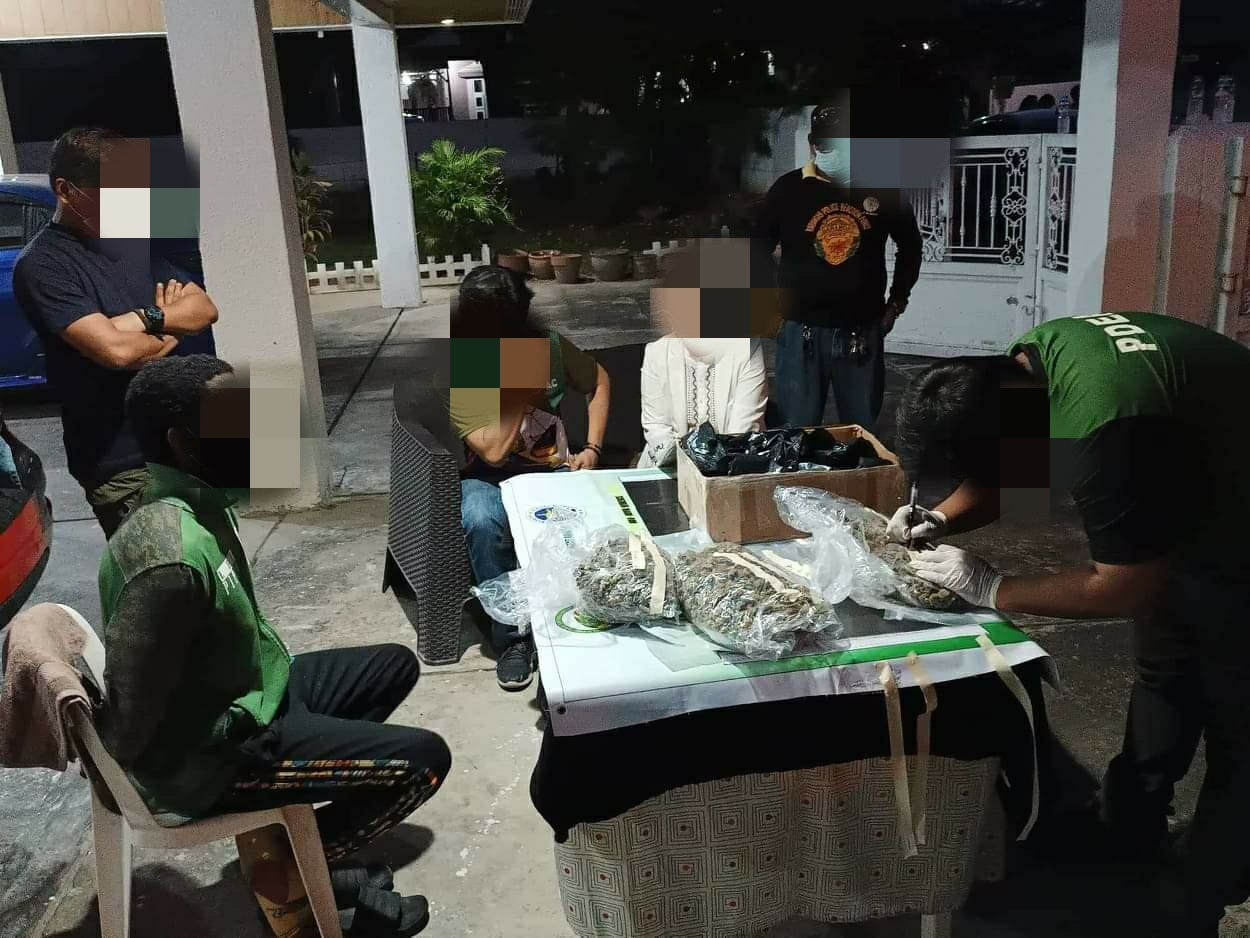 Anti-narcotics agents of the Philippine Drug Enforcement Agency-Region 3 inspect the seized high-grade marijuana after conducting an entrapment operation on May 5 against a Nigerian man in Angeles City. | PHOTO: PDEA-3

MABALACAT CITY, Pampanga––Operatives from the Philippine Drug Enforcement Agency- Region 3 (PDEA-3) arrested a Nigerian man in an entrapment operation on Thursday, May 5, inside a subdivision in Cutcut village, Angeles City.

In a statement issued Friday, PDEA-3 identified the suspect as Ogechi Uzoma Madu, the alleged consignee of a package containing about 1,500 grams of “kush” or high-grade marijuana from the United States.

PDEA-3 said the package arrived via a courier company on April 29 this year. The Bureau of Customs Port of Clark discovered that the package contained kush worth P1,950,000 and notified the PDEA-3.

An entrapment operation involving a “controlled delivery” was planned and executed by the two agencies in cooperation with the city police.

The Nigerian was arrested after accepting the package from agents who posed as delivery personnel.

The suspect, whose identity was established through his driver’s license, is facing charges for violating the Comprehensive Dangerous Drugs Act of 2002 for allegedly importing illegal drugs.