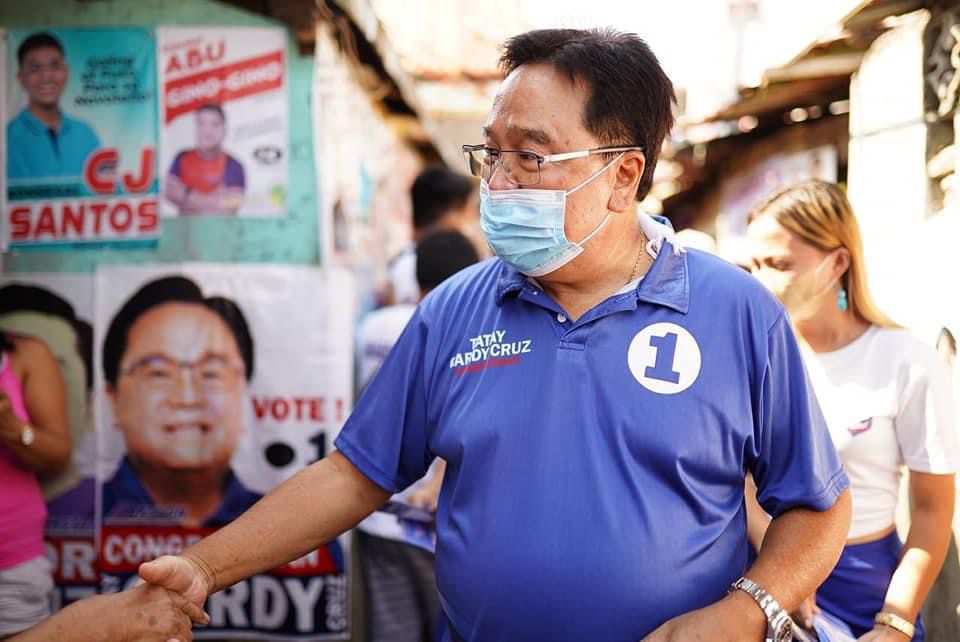 MANILA, Philippines — Navotas City Aksyon Demokratiko Congressional candidate Lutgardo “Tatay Gardy” Cruz bared an alleged plot against him which he claims will be set a day before the May 9 elections.

Cruz, who has served as councilor for three terms and as vice mayor of Navotas City from 2001 to 2004, claimed there is “sinister” plan involving a number of media-oriented activities aimed at discrediting him days before the elections.

He said he wants to preempt it.

The plot according to Cruz has already began with a release of an alleged survey done by a certain firm called RP Mission.  The survey posted by Cruz’s rival stated that he is lagging with just six-percent versus his opponent who reportedly enjoys a 92-percent rating.

Cruz also claimed that a raid is reportedly being hatched out and will be covered by members of the media. This will lead to the confiscation of Comelec ink and marked ballots with his name.

He further revealed that his opponents will also stage vote buying done in his name and captured on video. The video, he claimed, will be spread on social media to frame him up.

Cruz also said there will also be media reports of his disqualifcation. These plans were hatched by what Cruz described as “Master Showman.”

Cruz urged the citizens of Navotas to remain vigilant against what he claimed as the “Great Navotas Hoax.”