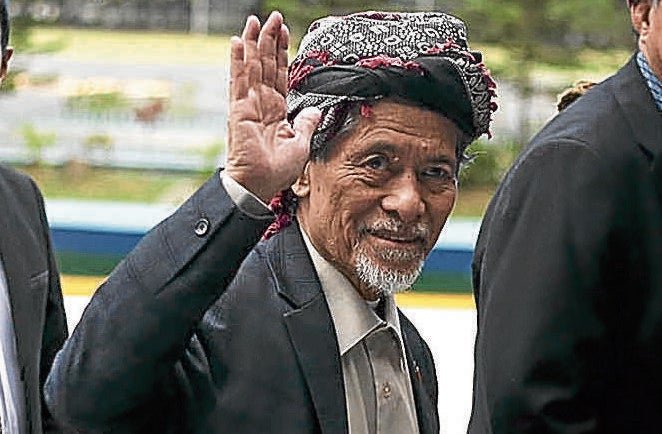 “I had a very sad memory about the governance of the late President (Ferdinand) Marcos, not necessarily against the son. As I said time and again, the fault of the father cannot be inherited unnecessarily by the children or by the sons and daughters,” Misuari told a gathering of MNLF members and supporters in Jeddah, Saudi Arabia, on May 1.

“So don’t impute any blame on the son at this point in time. Forget about the past but look at who Bongbong Marcos is,” Misuari added, referring to Marcos Jr. who is the front-runner in preelection surveys for the presidential race.“In my particular case, I always demand: brother candidate, will you be kind enough to tell us in black and white what you intend to do once you have the power. We have to know that, and we will take them to account once they come into power,” Misuari further said.

But the former revolutionary leader, who used to be regional governor of the now defunct Autonomous Region in Muslim Mindanao, did not enumerate Marcos Jr.’s promises to the Moro people.

Another MNLF faction, which is headed by Bangsamoro Labor Minister Muslimin Sema, has yet to endorse a presidential candidate.

For vice president, Misuari endorsed Duterte, saying “she is closest to us” and who he can trust “to attend to our humble demands from the south.”

“I don’t like to actually influence your thinking or your choice. Exercise your freedom of choice. But I am only telling you that to the best of my knowledge, because of her connection to the President being his daughter, I think she is beneficial to all of us,” Misuari said of Mayor Duterte.