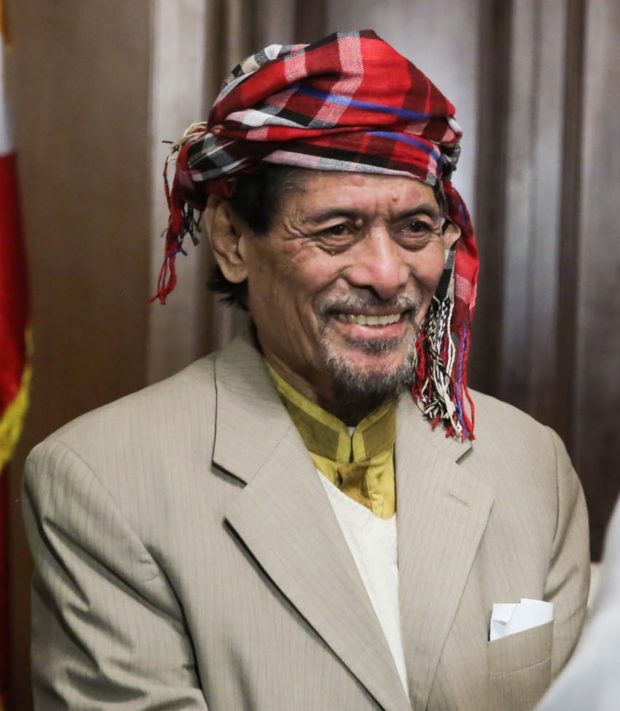 Misuari announced his support during a gathering with MNLF members and guests in Jeddah, Saudi Arabia.

The MNLF chair is likewise endorsing the senatorial bid of actor Robin Padilla.

The Marcos camp welcomed the endorsement saying Misuari’s “generous gesture signals that our call for national unity has already taken roots in the hearts, minds, and souls of the vast Filipino populace…”

“It may be remembered that Chairman Misuari, who holds a permanent observer status in the Organization of Islamic Conference and was a major signatory in the 1976 Tripoli Agreement, has played a very crucial role and remained an instrumental figure in the movement for lasting peace in Mindanao,” Atty. Vic Rodriguez, Marcos’ spokesperson, said in a statement.

“Peace and progress in Mindanao shall be top priority since that southern sector has always been a major part of BBM’s (Bongbong Marcos) unifying vision. Together as a people of one race and as one nation, we shall rise to meet our common destiny,” he added.

Duterte-Carpio, meanwhile, said that MNLF’s support is “essential to our cause of bringing about meaningful and lasting peace and development in Mindanao and the rest of the country.”

“As the national government’s partner in peacebuilding in Mindanao over the years, MNLF’s support to the UniTeam will serve as a solid foundation in our pursuit of continued peace and development and equality of rights and opportunities for our Moro brothers and sisters,” Duterte-Carpio said.

“As a Mindanawon, I will always protect and support the interest of Mindanao and its people — knowing the role of Mindanao in the growth of the entire country,” she added.