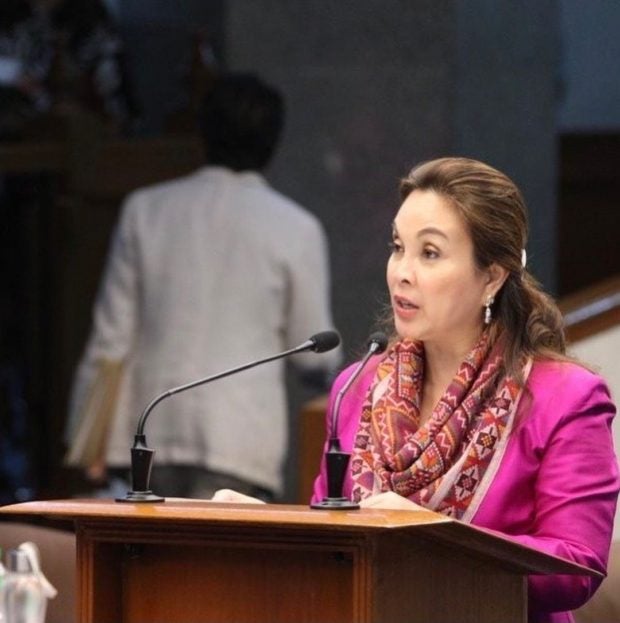 MANILA, Philippines — One Bangsamoro Movement (1 BANGSA) named senatorial aspirant Loren Legarda as one of the candidates they support in the upcoming May 9 Elections.

According to a press release published by 1 BANGSA on Monday, as the Muslim community celebrates the end of 2022 Ramadan, Bangsamoro Filipinos all over the world praise government officials who supported the inclusion of the Muslim minority in the country.

They also stressed that the present administration had made positive changes for the Bangsamoro community, including the Bangsamoro Organic Law and the passage of RA 11696, the Marawi Compensation Act, that Legarda both co-authored. 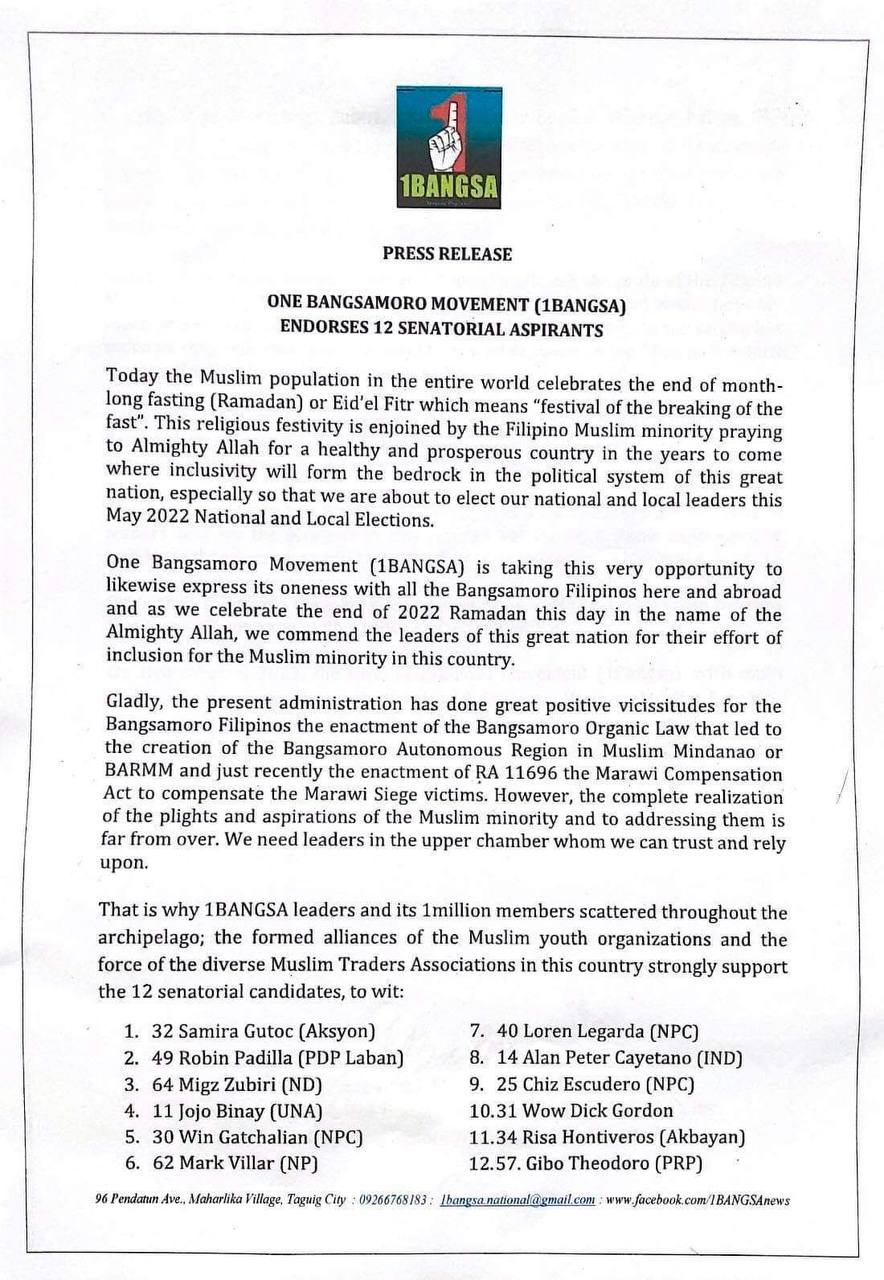 Although, they still emphasized that the completion of the plights and aspirations of the Muslim minority and addressing them is far from over. They further stated, “We need leaders in the upper chamber whom we can trust and rely upon.”

That is why the 1 BANGSA leaders and its 1 million members, the formed alliances of the Muslim youth organizations, and the force of the diverse Muslim Traders Associations in the country said they support Legarda’s senate bid along with other 11 senatorial candidates.

As the former chairperson of the Senate Committee on Finance, Legarda also allotted P10 billion in the 2018 General Appropriations Act under the NDRRM Fund for the quick recovery, reconstruction, and rehabilitation of Marawi City. Whereas, to support culture and heritage preservation, Legarda initiated projects such as the establishment of Yakan Village in Zamboanga, the Meranaw Cultural Heritage Center in Mindanao State University, weaving centers, and schools of living traditions all over the region.

Read Next
UNDP turns over to DICT emergency response vehicles, communications gear
EDITORS' PICK
Summit breakthrough – EJ Obiena is the first Filipino to win in the World Athletics Championship
DepEd seeks P16B addt’l funds for repair of schools damaged by Abra earthquake, typhoons
12.2M Filipino families felt ‘poor’ in Q2 of 2022 — SWS survey
As Duterte stepped down, more Filipinos tighten belts to make ends meet
Beyond just beauty and aspiration: How Air Residences gives new meaning to luxury
House energy committee chair Arroyo bats for cheap electricity
MOST READ
LOOK: Barbie Imperial a gold goddess in ‘Ibong Adarna’ birthday shoot
US jet that flew Pelosi to Malaysia turns north to Philippines
Giselle Sanchez slammed by Floy Quintos: ‘Art has nothing to do with your choice’
Vice Ganda apologizes for ‘Miss Q and A’ contestant who made inappropriate joke on ‘It’s Showtime’
Don't miss out on the latest news and information.