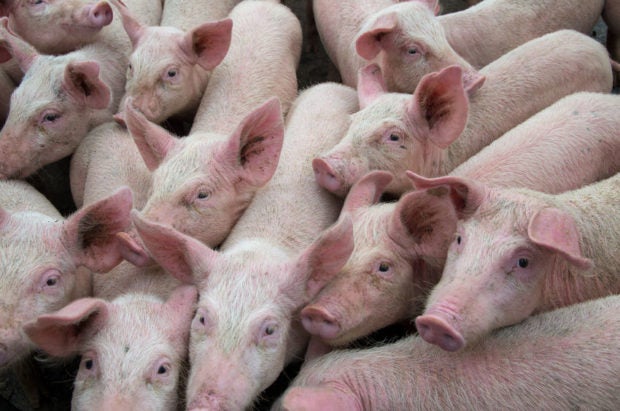 KIDAPAWAN CITY — Hog raisers in Cotabato province have lost as much as P26 million as another wave of African swine fever infections led to the culling of more than 5,000 hogs here in this city and in 10 other towns.

Dr. Rufino Surupia, Cotabato Provincial Veterinarian, said at least 899 hog raisers had been severely affected in 88 villages all over Cotabato province in the second wave of ASF infection that started in a village of Mlang town in December last year.

Most of the affected hogs were seized from the towns of Mlang, Kabacan, Tulunan, Magpet, President Roxas, Arakan, Libungan, Midsayap, Antipas, and in Carmen.

The first wave of ASF cases reported in the town of Makilala and Kidapawan City was already contained after agriculture officials implemented tight security measures and close watch along the boundaries of areas where the infection raged, Surupia said.

“We contained the first wave for eleven months (but i)t was only last December when the second wave was reported. It originated from the town of Mlang,” Surupia said.

He blamed the pork orders from ASF-infected areas that included Davao City, both physical and online orders, as the reason for the second surge.

Surupia also said ambulant vendors roaming around what used to be ASF-free villages of Cotabato had also contributed to the spread of infection to other neighboring towns.

“As much as we wanted to contain it, we have limited manpower to monitor the exit and entry of pork products, especially in the far-flung areas,” Surupia lamented.

He added that preventing the spread of the ASF virus required the collective efforts of the barangay, police, Department of Interior and Local Government (DILG), and the public.

He said there were hog raisers who tried to sneak their meat, meat products, and even live hogs to the market just to prevent these from being culled by the local agriculture office since the Department of Agriculture (DA) could no longer compensate them for the culled hogs.

“Precisely because the hog raisers no longer receive any compensation from the Department of Agriculture, as the (department) no longer have the Quick Response Funds (QRF) that could have served as financial assistance to the affected hog raisers,” Surupia added.

He said that the DA instead had already passed on to the Philippine Crop Insurance Corporation (PCIC) the responsibility of administering the payments for each hog that was culled.

Under the new system, hog raisers still had to register themselves at the Registry System for the Basic Sectors in Agriculture (RSBSA) before they could avail themselves of financial assistance from PCIC, according to Surupia.

Many hog raisers affected by the ASF outbreak were not able to register at the RSBSC, the reason they did not get a single centavo of financial aid from the government, he added.