Leni asks Western Visayas to deliver another big win for her 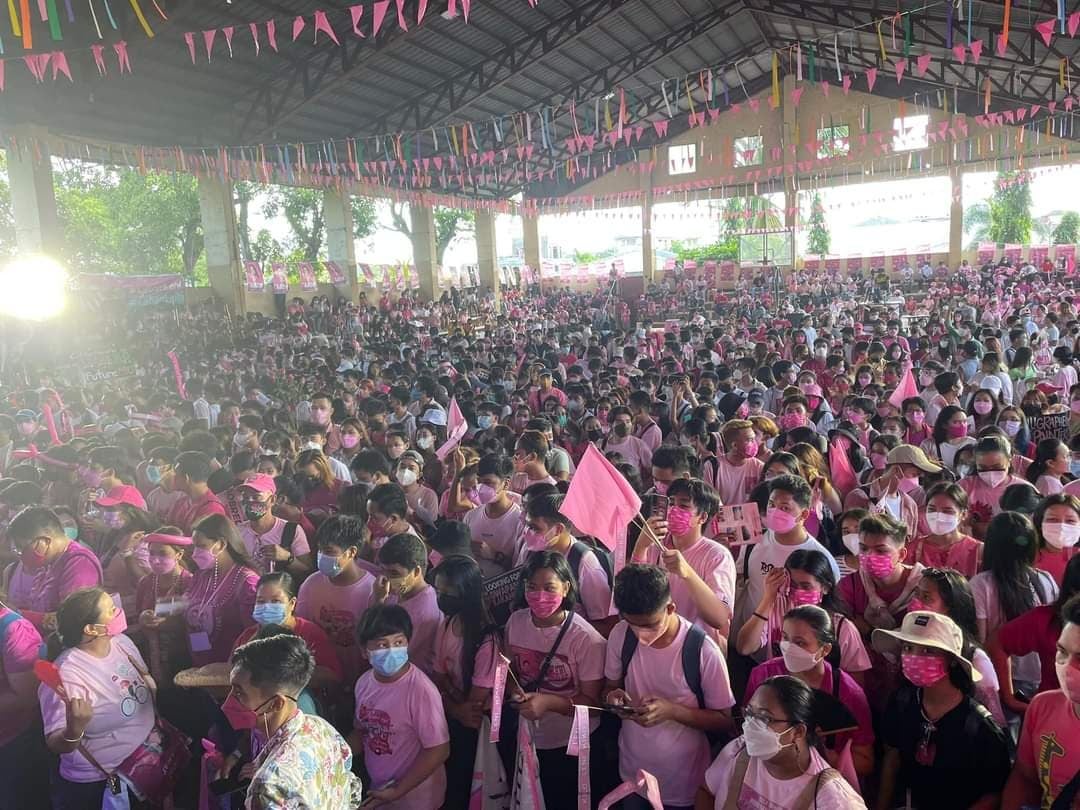 ILOILO CITY—Her voice noticeably hoarse apparently as a result of her nonstop campaigning, Vice President Leni Robredo on Tuesday (May 3) rallied her supporters in Western Visayas to double their efforts and deliver more votes for her than they did when the region gave her a big win in 2016.

Robredo is on a four-province sortie in the region with five days left in the campaign period.

“We are in the homestretch of the campaign,” Robredo said amid cheers from supporters gathered at the Northwestern Visayas College in the capital town of Kalibo, Aklan province past 9 a.m.

“We came back to thank you,” Robredo said. “In 2016 you gave me a big victory here,” she said referring to the vice presidential race.

“I hope you will double the votes that you gave me in 2016,” Robredo said.

“Of all the campaigns I have undergone, this is the happiest campaign. You have remained undaunted despite all the odds against us,” she said.

Robredo said while only a few local officials have openly supported her here, her volunteers have been untiringly campaigning for her.

“You are all standing up so that you will have the government that you deserve,” she said.

Robredo told her supporters that “the people’s voice is much stronger than the politicians’,” as they shouted: “Leni, Leni, Leni.”

From Aklan, Robredo will proceed to Tibiao town in neighboring Antique province before proceeding to Iloilo City for a grand rally at the La Paz District public plaza at 3:30 p.m. She will then cross to Negros Island for proclamation rallies in Bacolod City in the evening.

Robredo upbeat on chances in Iloilo: Ilonggos voted wisely in 2016

Leni supporters in the Visayas kick off presidential campaign