Duterte's pick as next PNP chief out by Tuesday | Inquirer News

Duterte’s pick as next PNP chief out by Tuesday 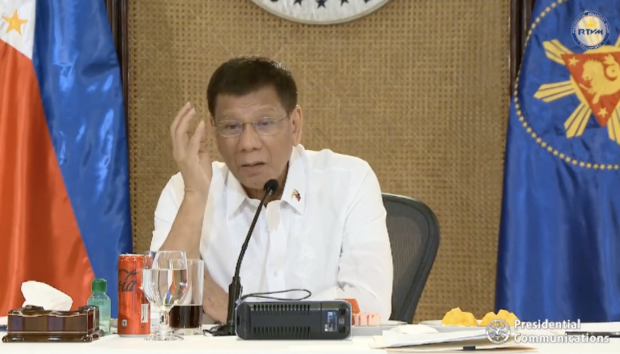 MANILA, Philippines — President Rodrigo Duterte’s choice for the next chief of the Philippine National Police (PNP) will be out by Tuesday.

He made the announcement during his Talk to the People taped late Monday.

The President said he will review the recommendation made by Interior Secretary Eduardo Año.

The current PNP chief, Gen. Dionardo Carlos, will retire on May 8.

“Awaited by almost all of the government units and particularly the whole of the nation about the next PNP chief kasi magre-retire na si Carlos, kung sino ang papalit [Because Carlos will retire, who will replace him],” Duterte said.

“Meron akong listahan, binigay niya …(Año) it (my choice) will be made public tomorrow (May 3). Kaya I will review the recommendation pati yung ano ang nagawa nila. The biodata ng mga contenders, the history of their previous na trabaho nila sa gobyerno,” he added.

(I have a list, he gave it to me, and my choice will be made public tomorrow. That’s why I will review the recommendation and what they have done. The biodata of the contenders, the history of their previous work in the government.)

According to the DILG, Duterte’s choice will only serve as PNP chief in an acting capacity or serve as an officer-in-charge.

He cited the 1987 Constitution which states that no appointments in an executive position, except for temporary ones, shall be made 60 days before an election day.

Año, meanwhile, said that the President “has the absolute authority” to pick an acting PNP chief outside of the DILG’s recommendation.