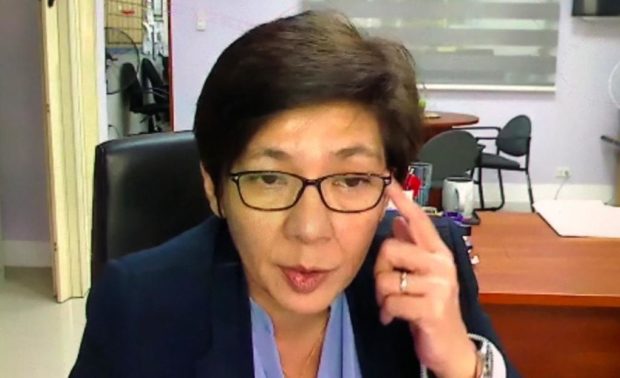 MANILA, Philippines — While five areas in Metro Manila have seen increases in their one-week and two-week growth rate, the Department of Health (DOH) said on Monday that these spikes are “still not that significant to cause alarm” to the public.

“We have been reporting to the public na mayroon talagang mga binabantayan na mga lugar na may pagtaas ng numero ng kaso but it is still not considered significant because it does not translate to increased ADAR. It also does not translate, most importantly, to increasing admissions in hospitals,” she said in a media briefing.

Upon further analysis, Vergeire said that the increases in the areas only ranged from two to 30 COVID-19 cases.

However, she admitted that the DOH is monitoring two areas in Metro Manila where the utilization of their isolation wards is increasing, with one area already at a 60% utilization rate and another area at almost 50%

“But as we did further analysis, nakita natin, most of these admissions were mild and asymptomatic,” Vergeire said.

The DOH official said it would only cause an alarm when there is an increase in severe and critical cases and admission to hospitals, which is not yet seen for now.

The DOH is reacting to the statement of the Octa Research Group saying that new COVID-19 cases in Metro Manila rose by 7%.

Apart from the five areas in Metro Manila, three regions — Mimaropa, Bicol, and Eastern Visayas — registered an uptick in their two-week growth rates while three other regions — Cordillera Administrative Region, Cagayan Valley, and Central Visayas — saw an increase in their one-week growth rate.

Vergeire also said that these increases do not translate to an increased ADAR.

She said that the country’s health care utilization rate remains at low-risk classification, even though there is a spike in the national intensive care unit admission.