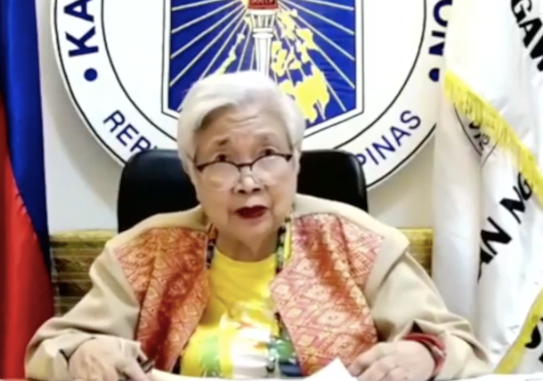 MANILA, Philippines — The Department of Education (DepEd) has assured the almost 650,000 school personnel who will be serving during the May 9 elections that they will be given the necessary support although it failed to secure the increase in poll duty honoraria and tax exemption that they wanted.

“We want to ensure that the necessary assistance to the field offices and schools, especially to teachers who will serve as BEIs (board of election inspectors), will be provided by the Central Office. We want our personnel to be equipped with adequate information and technical and legal assistance along the way,” Education Secretary Leonor Briones said in a statement on Friday.

“During the upcoming elections, we are also prioritizing the health, safety and welfare of the personnel who will participate in the election through enough financial assistance since we are still in the middle of the pandemic,” she added.

According to the report of Marcelo Bragado Jr., head of Election Task Force of DepEd, a total of 647,812 DepEd personnel will serve as poll workers during election day.

They will serve in a total of 106,439 clustered precincts from 37,219 schools turned polling centers nationwide.

The DepEd said it was also coordinating with the Commission on Elections, Philippine National Police and Armed Forces of the Philippines for the safety of the electoral board members and voters during the election period.

The DepEd, however, fell short in asking the government for providing higher compensation for poll workers.

Based on Comelec Resolution No. 10727, teachers who render election-related services will be entitled to a honoraria of P7,000 for EB chairpersons; P6,000 for EB members; P5,000 for DESOs; and P3,000 for support staff and medical personnel.

The rates, however, were P2,000 lower than the proposed remuneration of the DepEd last year. A 20-percent tax was also imposed on their honoraria and allowances.

The DepEd blamed Congress for failing to exempt teachers’ election pay and allowances from taxes.

During a Senate hearing last week, the Department of Finance rejected proposals to exempt from income tax the honoraria and allowances of teachers and other individuals rendering their services during the election.

Under the National Internal Revenue Code of 1997, those with annual taxable income beyond P250,000 are subject to a 20-percent tax.

Teachers to get poll duty pay in cash