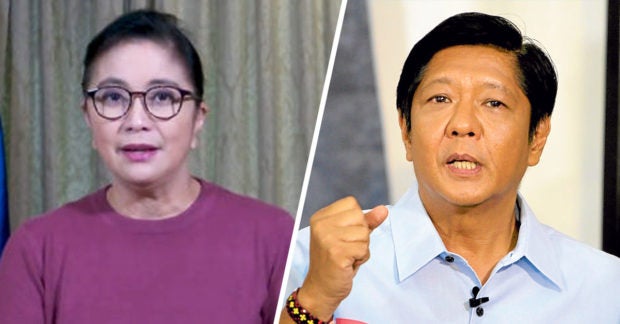 MANILA, Philippines — Vice President Leni Robredo on Friday challenged fellow presidential candidate Ferdinand “Bongbong” Marcos Jr. to a debate, saying the public should be given an avenue to ask about controversies surrounding him.

Robredo made the call as she pointed out that Marcos is the only presidential candidate to not participate in a debate attended by all the other candidates.

(At this point, only one candidate has not faced the public in a debate with all the other candidates. It is important that the public can see us so they can hear and compare our visions and character.)

(I am inviting Mr. Marcos to engage in a debate so that the public can be given a chance to see him and ask him about the controversies surrounding him.)

Meanwhile, both Robredo and Marcos have opted to skip the upcoming presidential panel interviews organized by Comelec and the Kapisanan ng mga Brodkaster ng Pilipinas (KBP).

Robredo said she has already engaged in a number of panel interviews which can be accessed online. She said she opts to spend the remaining days of the campaign with her supporters and volunteers.

Meanwhile, Marcos opted to end his campaign with visits to his supporters through town hall meetings and political rallies, according to his spokesperson Atty. Vic Rodriguez.