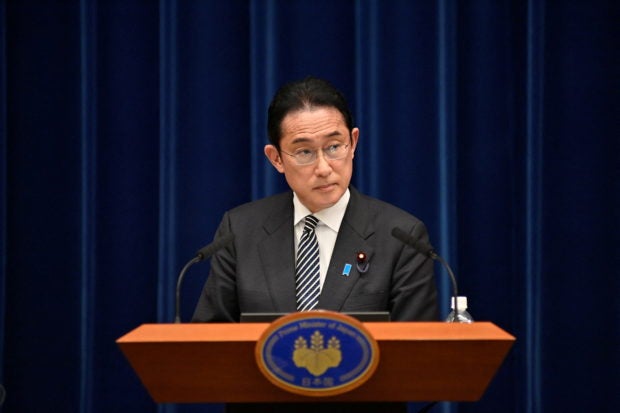 TOKYO – Japanese Prime Minister Fumio Kishida sets off on Friday for an extended visit to Southeast Asia, aiming to marshal regional responses to the Ukraine crisis as well as counter China’s growing assertiveness in the region.

As Asia’s sole member of the Group of Seven (G7), Japan hopes to hold talks on Russia’s invasion of Ukraine and consolidate responses in Southeast Asia, where only one nation, Singapore, has joined sanctions against Russia, officials say.

Japan is also eager to discuss regional security issues relating to China’s growing assertiveness, while Southeast Asian nations wary of losing access to its economy look to steer clear of an intense confrontation between the United States, a key ally of Japan, and Beijing.

“The Prime Minister hopes to create even further cooperation towards realising a free and open Indo-Pacific,” chief cabinet secretary Hirokazu Matsuno told a news conference on Thursday. “We also expect broad discussions on a number of regional issues.”

Kishida will first visit Indonesia, which is this year’s chair of the Group of 20 major economies, of which Russia is also a member, and a major economic power in the region.

Indonesia will also chair the Association of Southeast Asian nations (ASEAN) next year. Kishida last month went to Cambodia, which heads the organisation this year.

He will then go to Vietnam, chair of the Asia-Pacific Economic Forum (APEC), followed by Thailand, before proceeding to Europe.

Kishida, who became Japan’s longest-serving foreign minister under former prime minister Shinzo Abe, faces a crucial election for the upper house of parliament in July, and political analysts say he hopes to portray diplomatic prowess as one of his strengths.

Japan will next month host U.S. President Joe Biden and the leaders of Australia and India for so-called “Quad” talks on regional security.