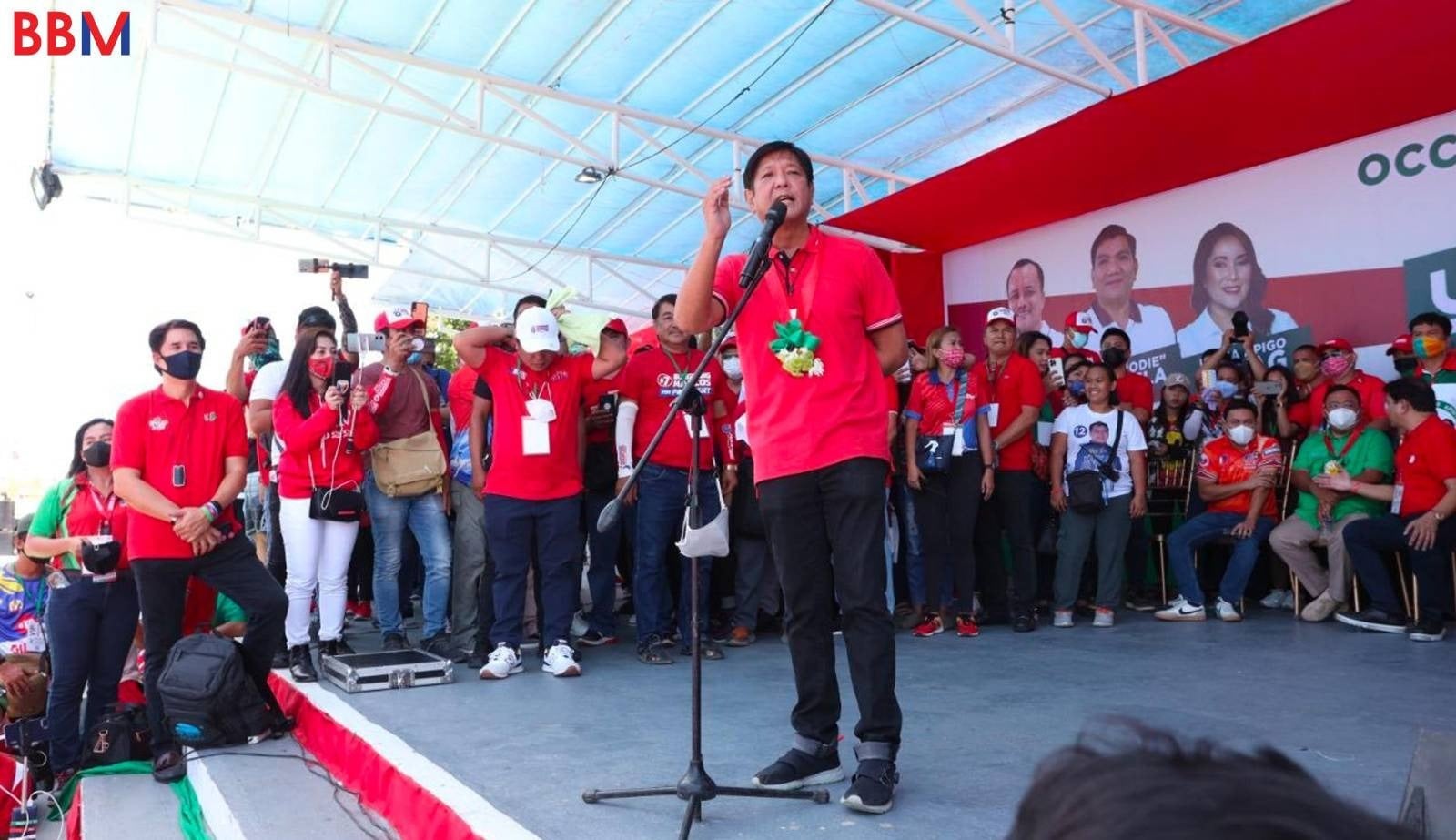 MANILA, Philippines — Presidential candidate Ferdinand Marcos Jr. has refused to take part in the panel interviews organized by the Commission on Elections (Comelec), saying he had to see to a hectic schedule of meetings and rallies in the run-up to Election Day.

The panel interview was a format earlier advocated by the Marcos camp, which said it “can measure the depth of a candidate who is presenting himself to be the next president of our country, distanced from the usual political noise, personal bickering and worse, gutter politics.”

Marcos has consistently skipped the debates organized or approved by the Comelec. He took part only in the debate set up by Sonshine Media Network International, which is owned by Pastor Apollo Quiboloy, President Duterte’s spiritual adviser.

Quiboloy, who is wanted by the US Federal Bureau of Investigation for child sex trafficking and other charges, has endorsed Marcos and his running mate, Davao City Mayor Sara Duterte.

The debates were canceled on the eve of the April 23 presidential debate because the Comelec’s original organizer, Impact Hub Manila, had not paid P14 million of its P20-million obligation to Sofitel Philippine Plaza Manila, the venue of the earlier three debate rounds.

In a statement on Thursday, Marcos’ chief of staff and spokesperson Vic Rodriguez said that “with less than two weeks before the May 9 elections,” the survey front-runner “decided to forgo his participation in the Comelec’s presidential panel interview.”

“Marcos extends his appreciation to the poll body for its gracious invitation as he acknowledges the importance of joining such an important event,” Rodriguez said. “He opted, however, to conclude the entire 90-day campaign period with visits to his supporters and compliances with previous commitments for political events, like town hall meetings and political rallies.”

Rodriguez also said the Marcos camp was saddened by Sagip Rep. Rodante Marcoleta’s withdrawal from the senatorial race, but respected his decision.

Marcoleta was a common senatorial candidate of the Marcos-Duterte Uniteam and the ruling Partido Demokratiko Pilipino-Lakas ng Bayan (PDP-Laban). His withdrawal left the former with only nine candidates for senator and the latter with five.

“At this point, we submit to serendipity, that everything happens from the point of view of destiny, believing that in the end, Representative Marcoleta might be serving a different, yet a higher purpose,” Rodriguez said.

In a statement, PDP-Laban president Alfonso Cusi said Marcoleta’s withdrawal from the senatorial race was “not only a major loss to the party but also to his millions of supporters who recognize his love of country and his deep understanding of the rights of every Filipino.”

Marcoleta had said his poor showing in surveys after months of campaigning had prompted him to pull out of the race.

The Comelec approved his withdrawal on Wednesday.

Earlier at Thursday’s Laging Handa briefing, Comelec Commissioner George Garcia said “two candidates have already confirmed to us, but we will not yet reveal their names.”

Garcia said the Comelec would push through with the replacement interviews regardless of the number of participants.

He said the poll body could hold the interviews at the candidates’ campaign sorties. “If not, we can have virtual taping or advanced taping,” he said, adding that the interviews would be aired on May 2-6.

In the panel interviews, the Comelec is partnering with the Kapisanan ng mga Brodkaster ng Pilipinas (KBP).

Garcia also said during the briefing that the Comelec had requested the Bureau of Internal Revenue to waive taxes on the honoraria of teachers and other poll workers, but that the agency had yet to respond.

Comelec Chair Saidamen Pangarungan has called on the next Congress to pass a law that would impose tax exemption on the election honoraria of teachers and other poll workers.

Also on Thursday, Pangarungan and Garcia signed an agreement with the KBP, represented by its president Hernan Basbaño and chair Ruperto Nicdao Jr.

Pangarungan said the KBP would organize the panel interviews “at no cost to the Comelec.”

The KBP is to pretape an hourlong interview with each candidate, who will face a three-member panel chosen from a list of interviewers submitted by the TV or radio networks.

The interview will cover the general topics of inflation and poverty; unemployment and economy; education; and health care and COVID-19 response.

Garcia said the Comelec had yet to receive any official explanation from Impact Hub Manila, whose CEO Celeste Rondario signed a memorandum of agreement last March 7 with Commissioners Socorro Inting, Marlon Casquejo and Aimee Ferolino.

Commissioner Rey Bulay, who was already with Comelec at the time but was not included in the agreement, said he would submit the findings of his inquiry into the debate fiasco on Friday.

The statement released by Impact Hub Manila on April 23 and signed by lawyers Eirene Aguila and Gideon Peña downplayed the issue as a “misunderstanding” with Sofitel and said it would discuss the matter “privately” with the hotel. —With a report from Nestor Corrales