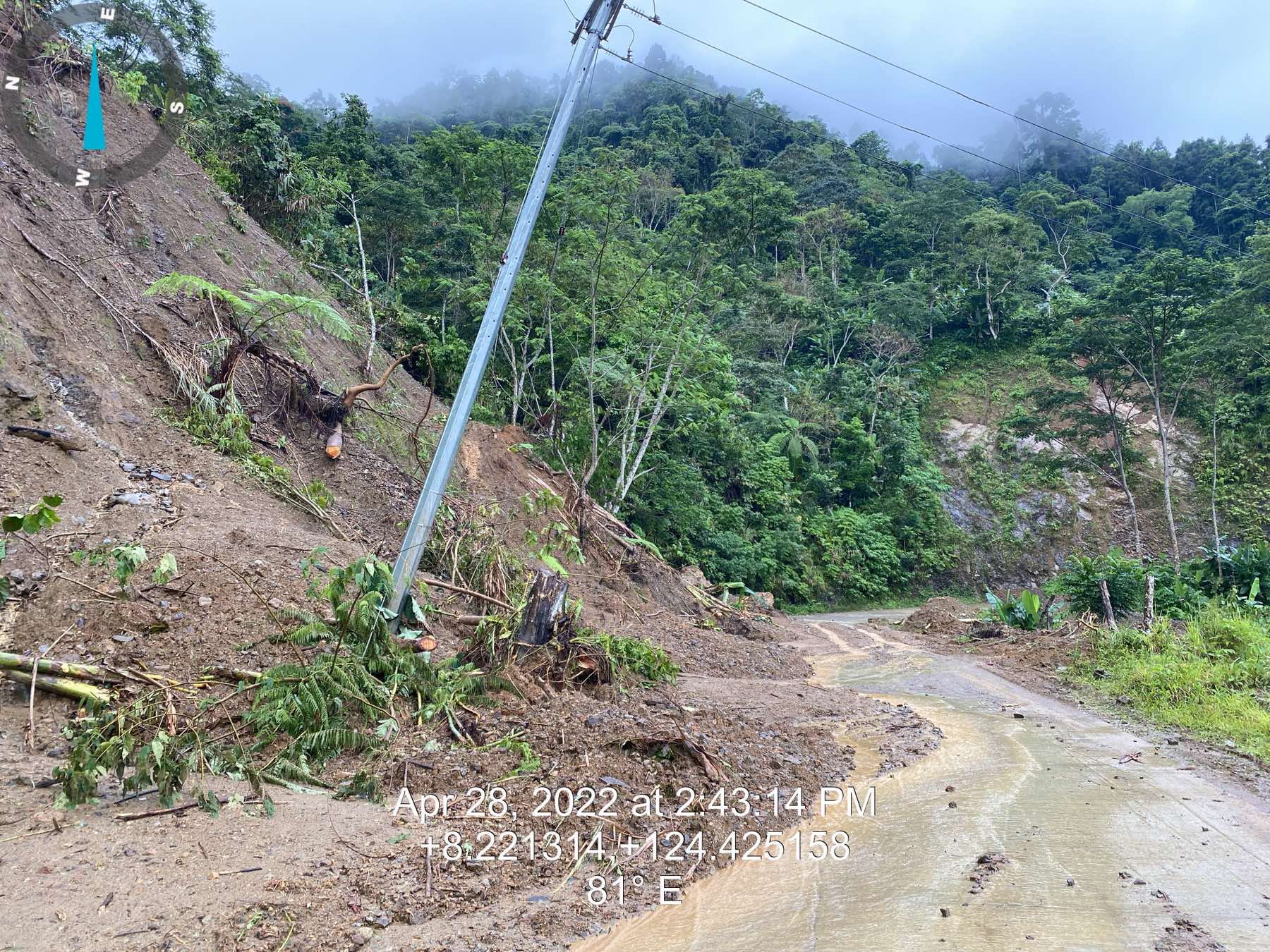 ILIGAN CITY––A landslide spawned by continuous heavy rains on Wednesday blocked the Iligan-Bukidnon road but clearing operations made it passable by Thursday afternoon.

Barangay Rogongon councilor Cybee Serino said the landslide occurred past 5 p.m. on Wednesday and covered the stretch of the national highway in Sitio Tawagon.

Serino added that a vehicle was slightly damaged and its driver injured at the time of the landslide after a rolling boulder hit it.

Heavy rains were experienced Wednesday and Thursday in the city and nearby Misamis Oriental province.

Serino said they were worried about another round of slides if the rains persist.

Vicente Labial, spokesperson of the Department of Public Works and Highways First Engineering District, said DPWH deployed maintenance personnel and heavy equipment to clear the debris in Tawagon. As of 2 p.m. on Thursday, one lane of the road was passable.

The Iligan-Bukidnon road is an alternate route for those traveling from here to Cagayan de Oro City, Bukidnon province, Cotabato, or Davao cities.