India will engage with world with own terms, era of dictation over--minister | Inquirer News

India will engage with world with own terms, era of dictation over–minister 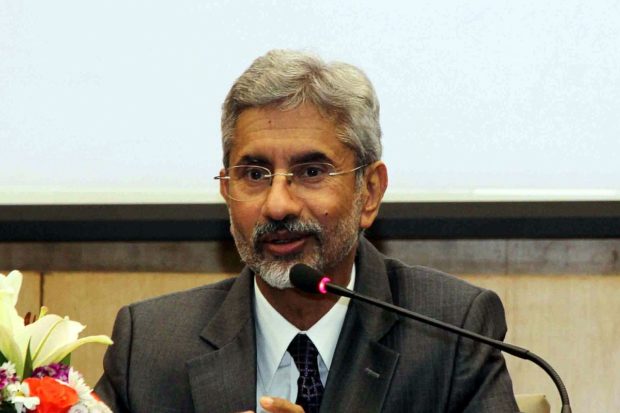 NEW DELHI — India will engage with the world on its own terms and the country does not require anyone’s approval to do so, External Affairs Minister S. Jaishankar asserted on Wednesday.

“It is better to engage with the world on the basis of who we are rather than try to please the world as a pale imitation of who they are. The idea that others define us and we need approval, is an era that we need to put behind us,” he said at the Raisina Dialogue.

Talking about India at 75, he said: “When we look at India at 75, we are not just looking at the 75 completed years, but 25 years ahead. What have we done, where have we faltered?”

He said that one difference that he can pick is that Indians have asserted to the world that they are a democracy. “There is a gut sense that democracy is the future.”

About Ukraine crisis, the minister reiterated: “The best way forward apropos Ukraine crisis is to stop the fighting and get the dialogue going.”

On Tuesday, Jaishankar had asked where the nations of the world were there to address India’s concerns when the rules based order was under threat or where were they when the civil society in Afghanistan was thrown under the bus.

Asked about India’s stand on the Ukraine and Russia conflict, he had said: “When the rules-based order was under challenge in Asia, the advice we got from Europe is – do more trade. At least we are not giving you that advice.”

He also stated that what happened in Afghanistan clearly stated what was the rules-based order.

Without naming China, he had also stated that Europe had been insensitive in the past to security threats emanating from Beijing’s conduct in Asia.

He also explained that Ukraine is not a precedent for China, as such events have been underway in Asia for the past decade without Europe’s attention.

“There has been a lot of arguments from Europe saying things are happening in Europe and Asia should be worried about it because these could happen in Asia. Guess what, things have been happening in Asia for the past 10 years.”

“Europe may not have looked at it. So, this is a wake-up call for Europe to start looking at Asia. This is a part of the world with unsettled boundaries, terrorism, and continuous challenges to the rules-based order. The rest of the world has to recognise that problems are not ‘going to happen’, but that they are happening,” he said.

Why India is right not to take sides on Ukraine