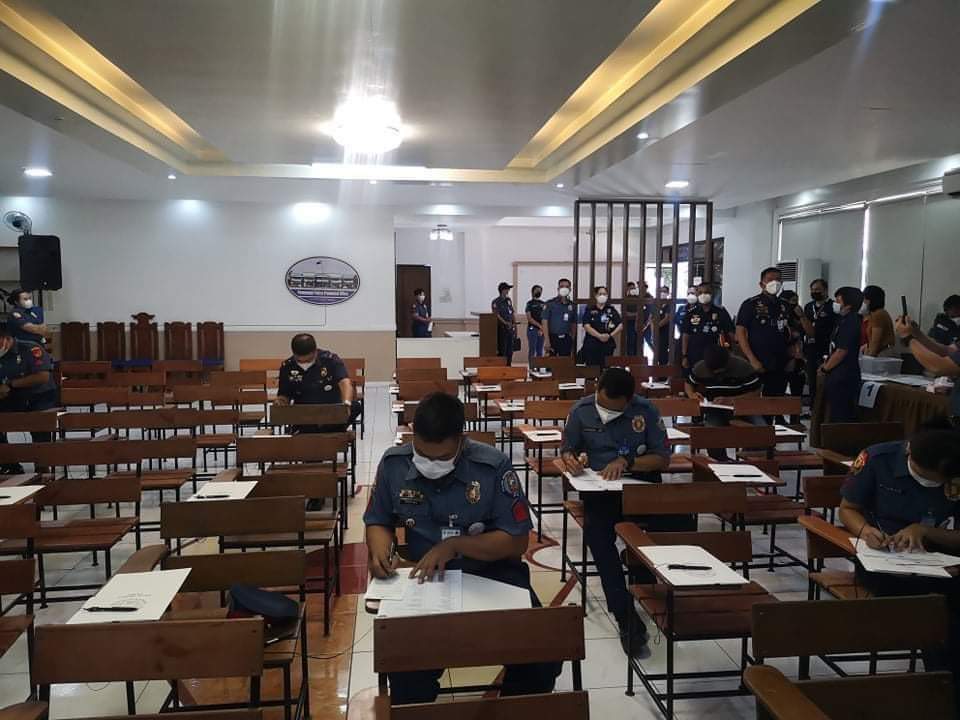 MABALACAT CITY, Pampanga––At least 2,053 police officers under the Police Regional Office 3 (PRO3) based at Camp Julian Olivas in the City of San Fernando in this province are participating in the absentee voting from April 27 to 29.

In a statement, PRO3 director Brig. Gen. Matthew Baccay said these include 106 police officers assigned at the regional headquarters and 139 members of the Regional Mobile Force Battalion 3.

The election-related activity is part of the absentee voting for government employees.

Baccay said the activity allowed police officers to exercise their right to suffrage while assigned in areas outside of their respective election precincts.

Casting their votes earlier than May 9 would allow lawmen to do their jobs to secure the ballots and maintain peace and order on election day, Baccay said.

He said the police officers who participated in the absentee voting were allowed to vote only for candidates running for national positions.

The PRO3 personnel, who participated in the absentee voting, hail from far provinces like Apayao, Benguet, Samar, and Lanao Del Norte.

The casting of ballots for the regional police personnel is held at the Pampanga Provincial Police Office in San Fernando.