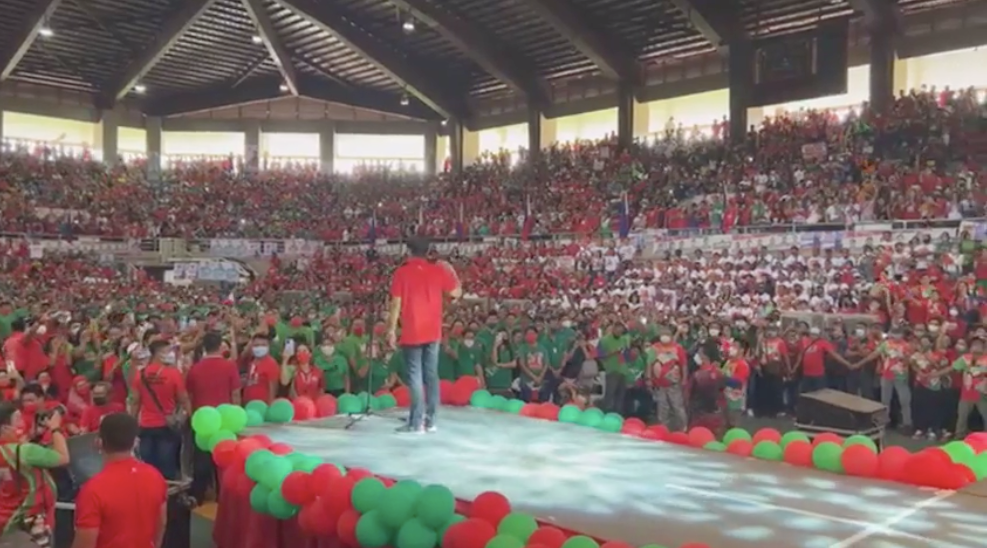 MANILA, Philippines — As he campaigned around the country, former senator Ferdinand “Bongbong” Marcos Jr. has consistently mentioned his son, Sandro — and the same is the case during his speech before his supporters in Lanao del Norte.

As Marcos Jr. delivered his speech at the Mindanao Civic Center in Tubod town in Lanao del Norte, his supporters began to chant ‘Ilabas si Sandro (Bring Sandro out)!” referring to the presidential candidate’s eldest son.

In jest, Marcos Jr. said he received advice from his parents during his early days in politics: to not bring a “better-looking” man with him on stage.

(When I was just starting with politics, my parents gave me advice. They said, ‘Son, we will give you some advice: Don’t go up the stage with a better-looking man than you.)

Mentioning Sandro has consistently been a part of Marcos Jr.’s speeches as he appeals for votes ahead of the elections.

In some instances, Marcos Jr. would even say that he thought the ladies were swooning over him, only to realize that it was over his son, Sandro.

Sometimes, Marcos Jr. will also read banners with his supporters’ message for his son, which at times included marriage proposals.

Sandro has decided to enter the world of politics and is currently seeking the congressional seat for Ilocos Norte’s 1st district.