MANILA, Philippines — The University of the Philippines’ (UP) Twitter account has been hacked, the school’s Media and Public Relations Office (MPRO) said Tuesday.

In a statement, the UP MPRO said that “unknown users took over @upsystem on Twitter at 7:20 PM on 25 April, Monday.”

“Since then, the account has been renamed and has posted content not affiliated with the University,” the MPRO said. 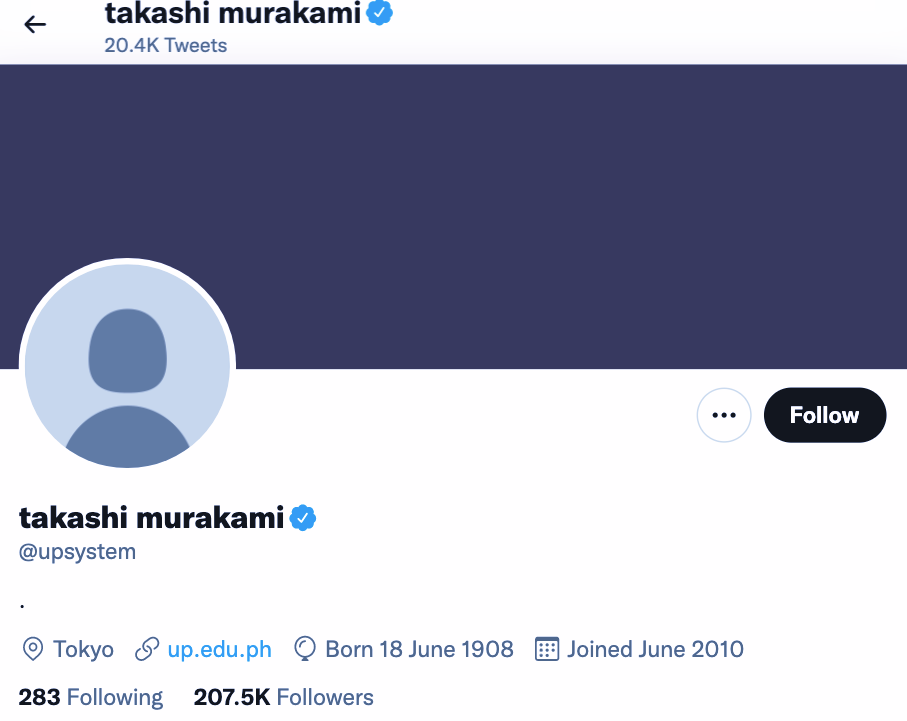 MPRO said it has been trying to retrieve the account “as soon as possible.”

“The incident deprives its online constituency on Twitter, of important announcements, news stories, and other online content that the Office publishes on the University’s website and promotes on its social media accounts,” it added.

The Office urged university community members to monitor the latest announcements, news stories, and online features from UP through its official accounts on other social media channels.

“The UP MPRO assures the public that @upsystem will be recovered and again used in the service of the University community and the Filipino people,” it also said.