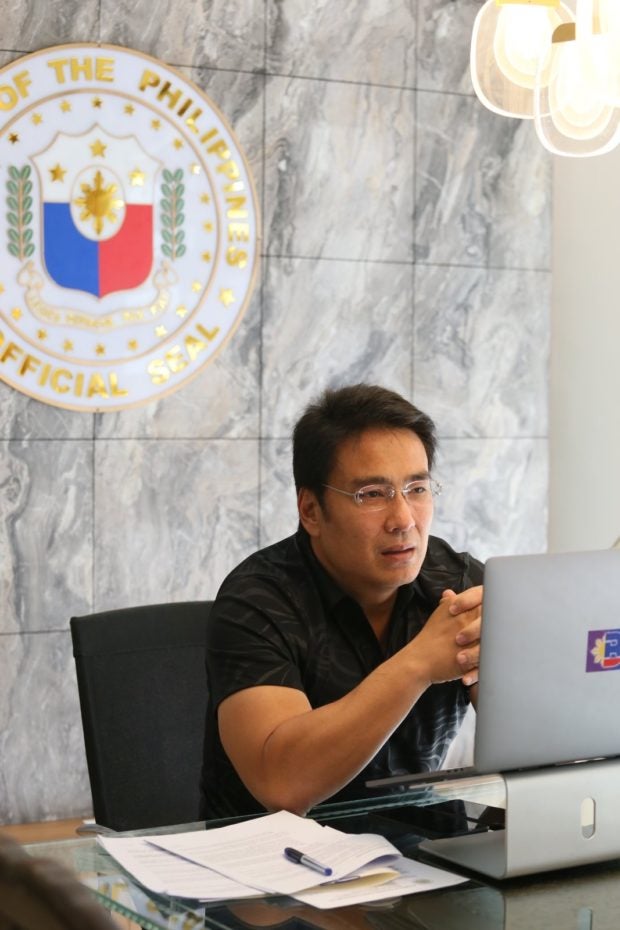 “While we recognize Facebook and Meta’s continuing efforts against disinformation, cyberbullying, hate speech, terrorism, among other problems encountered in social media platforms, I join the concern of government agencies and mass media organizations about the effects of the abovementioned incidents in the performance of official functions and their implications in national security, sovereignty and fundamental freedoms,” Revilla said.

“I appreciate any information and explanation that your office may extend on this matter,” his letter further read.

Among the incidents Revilla is referring to is the restriction warning Facebook issued against the account of National Security Adviser Hermogenes Esperon Jr.

In a separate statement, Revilla questioned Facebook’s basis for flagging the posts of some officials as well as government media agencies on the social media platform.

Revilla reiterated that he recognizes Facebook’s effort to lay out mechanisms and community standards to fight disinformation as well as cybercrimes.

“Ngunit sa pagkakataong ito, sa aking pananaw tila nagmalabis ang social media platform at naging balakid sa pagganap ng tungkulin ng matataas na opisyal ng ating pamahalaan. Many are pointing their fingers to FB being involved in partisan politics, but I would like to give them the benefit of the doubt,” the senator said.

(But this time, in my view, it seems that the social media platform overdid it and hindered the duties of our government’s top officials. Many are pointing their fingers to FB being involved in partisan politics, but I would like to give them the benefit of the doubt.)

“It is alarming that the country’s affairs are being controlled and at the mercy of a private foreign corporation. We cannot allow this. I will seek the platform’s explanation on this,” he added.

Recently, Facebook issued a restriction warning against Esperon’s account over a post urging to “unite against armed struggle” and organizations supporting communist group members who he claimed have allegedly “inflitrated Congress.”

(What is their basis to stop or question the legitimate message and task of the government, including our National Security Adviser and the Philippine News Agency? Even the post of Commission on Higher Education Chairman Popoy De Vera regarding the free education in the country did not slip through FB’s censorship.)

(We have also received many complaints regarding the take down and suspension of account for unknown reasons which seems to go against the freedom of expression.)