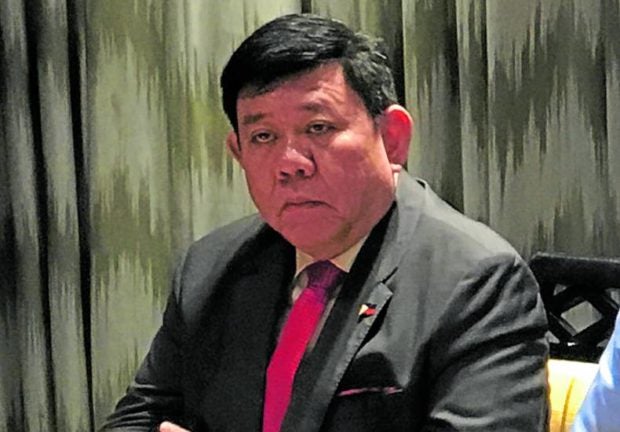 LAOAG CITY, Ilocos Norte, Philippines — If the son of dictator and former President Ferdinand Marcos Sr. wins the May 9 presidential election, he will not be the only Marcos currently in power and almost certainly not the last.

Elite families have long ruled in the Philippines, holding on to positions of power for generations by dishing out favors, buying votes or resorting to violence.

Analysts say the system has become more pervasive in the decades since a popular uprising deposed Marcos and forced the family into exile.

The country has produced about 319 dynastic families, dating back to when it was a US colony in the first half of the 20th century, Teehankee said.

While dozens have withered, members of at least 234 such families won positions in the 2019 midterm elections, he added.

Power, however, is not static. Families can win and lose it—and make a comeback.

After the fallen dictator died in 1989, the Marcoses returned to their traditional stronghold of Ilocos Norte and began tapping local loyalties to get elected to a succession of higher positions.

The 64-year-old Ferdinand Marcos Jr., a former senator, is now on the verge of clinching the ultimate dynastic victory: the presidency.

The family also wants to make a clean sweep of the top posts in its northern bastion.

Marcos Jr.’s eldest son is a first-time candidate, seeking one of two congressional seats in the province known for corn and tobacco farms. A cousin is defending the other.

His nephew, the son of his sister, Sen. Imee Marcos, is vying for reelection as governor, while a cousin’s widow is the incumbent vice governor.

Marcos Jr. told Agence France-Presse (AFP) the family was not a dynasty, but his cousin Michael Marcos Keon, who is seeking a second term as Laoag mayor, disagreed.

“This is all dynastic,” said Keon, 67, who also served as governor after Marcos Jr. hit the three-term limit—a tactic often used to keep positions in the family.

“I wouldn’t be where I am today if I weren’t a Marcos.”

The Marcoses’ stranglehold on power in Ilocos Norte was “typical” of provinces across the country, said Ronald Mendoza, dean of the Ateneo School of Government.

And their influence is growing. Around 80 percent of governors belong to “fat dynasties” — clans with two or more members in power at the same time — compared with 57 percent in 2004, Mendoza said.

Political families held 67 percent of seats in the House of Representatives, compared with 48 percent in 2004, and 53 percent of mayoral posts, up from 40 percent.

Of the leading candidates for 12 Senate seats being contested, at least three already have a relative in the chamber.

Even the party-list system, which seeks to give citizens from marginalized groups representation in Congress, has been largely taken over by a handful of surnames.

As his daughter leads the race for the country’s second highest office, outgoing President Rodrigo Duterte said recently he had “accomplished” his job.

“I have a daughter running for vice president, a son for congressman and one other as mayor. I am fulfilled,” he said.

More than 18,000 posts are being contested in next month’s elections. At least 800 have only one candidate.

Mendoza said the pandemic had made it even more likely that incumbents would win. “You have more voters potentially vulnerable to vote-buying, more voters concerned about their continued access to social protection.”

While political dynasties exist in other countries, analysts said their prevalence in the Philippines was among the highest in the world.

Preparing the next generation for politics was essential to a clan’s survival, said analyst Mark Thompson, likening dynasties to football clubs.

“If you’re the Barcelona or PSG (Paris Saint-Germain)… of Philippine politics, why not get the next generation trained up as well,” said Thompson, director of the Southeast Asia Research Center at the City University of Hong Kong.

Efforts to reduce these families’ influence have come to nothing, despite the 1987 Constitution mandating that Congress ban them.

“You cannot expect a house full of dynasties to pass an antidynasty legislation—it’s like asking Dracula to guard the blood bank,” said Teehankee.

Keon admitted the system was not democratic and unlikely to change.

“This is how politics is here,” he said, adding: “Family is paramount.”