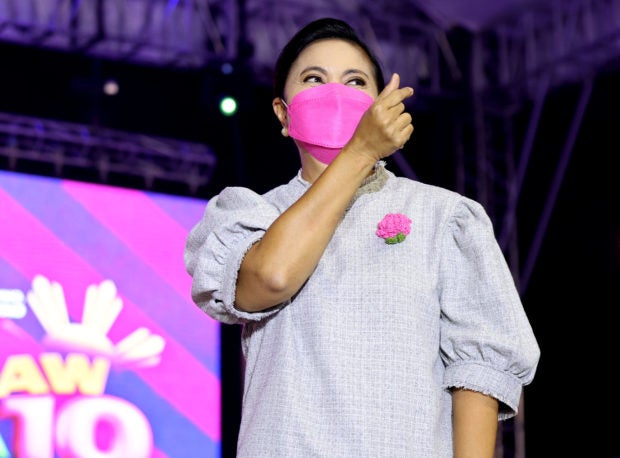 During Robredo’s visit to the 1st District of Nueva Ecija, Rep. Estrellita Suansing — who has been a close friend of the Vice President — raised Robredo’s hand and formally endorsed her candidacy.

Suansing asked Filipinos not to waste the chance to elect a person who will change government, as she believes Robredo is capable of doing that.

Over Batanes, Governor Marilou Cayco said during the visit of Robredo’s youngest daughter Jillian that they will support the Vice President in the coming elections.

The younger Robredo was in Batanes to do house-to-house campaigns.

Earlier, Aksyon Demokratiko member and Tagbilaran City, Bohol mayoral candidate Jose Antonio “Toto” Veloso said that he and his slate are now behind the presidential bid of Robredo.

“The success of VP Leni in stirring, inspiring, and rallying people as seen in surveys, social media, and in huge turnout in almost all her rallies are clear manifestations that she has all it takes to become the best alternative candidate that people want her to be,” Veloso said in a statement signed by him and his fellow candidates.

On Sunday, a faction of the Partido Federal ng Pilipinas (PFP) led by Abubakar Mangelen also declared its support for Robredo’s candidacy, despite the party’s standard bearer being former senator Bongbong Marcos.

Prior to that, Mangelen endorsed Manila Mayor Isko Moreno, who is also the standard bearer of Aksyon Demokratiko.