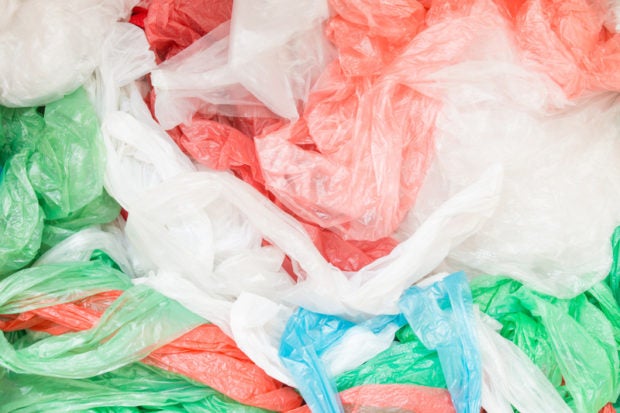 MANILA, Philippines — The country could collect around P923 million for 2023 should the government decide to impose a tax on plastic bags, the Department of Finance (DOF) said Monday.

DOF policy, research and liaison office director Arvin Lawrence N. Quiñones disclosed this during the Senate committee on ways and means’ hearing on the proposal to impose tax on plastic bags.

“To reiterate the position of the DOF, we support the measure both in its potential to help the environment and also to generate revenues. In fact, we estimate that in 2023, we can collect around P923 million in taxes from the imposition of the excise tax,” Quiñones said.

However, Quiñones raised that imposing taxes on imported plastic may be “administratively difficult” for the Bureau of Customs (BOC).

“We pose some reservations in implementing the imposition of tax on imported plastics as these may be administratively difficult for the BOC. Enforcing the proposal may require inspecting every taxable removal and then verifying the declared weight,” Quiñones said.

Senate committee on ways and means chairperson Sen. Pia Cayetano said there may be “unequal protection of the laws” if the local plastics are taxed while imported plastics are not.

“If I take into consideration your reservation… that would kind of be like unequal protection of the laws. I would end up taxing the local industry and not the imported?” Cayetano said.

“That would be the effect if I craft the bill in this way, taking into consideration your reservation,” she added.

Quiñones stressed the DOF supports the general imposition of the tax, but noted the difficulties on the side of the BOC.

Meanwhile, Atty. Gretchen Mondragon, of the Bureau of Internal Revenue (BIR), said that while their office also supports the general measure, she also noted the administrative costs with imposing the tax.

“Since the bill proposes a new revenue stream for the collection of taxes, the BIR definitely supports the bill. It’s just the administration,” Mondragon said.

“A while ago the DOF representative mentioned the concerns for the BOC. We in the BIR also have—its not reservation but more of to inform you that there will be administrative costs in the monitoring of the collection of the taxes,” she added.

Cayetano then raised the idea of imposing fees—instead of a tax—on buying and using plastic bags which, she said, is “extremely common” in a lot of countries.

“Almost all every country I visited pre-pandemic, they don’t offer plastic bags and if you do avail of a plastic bag, they will charge you. Do you think it will be better?” Cayetano said.

Mondragon said if there is a fee, then the goal to reduce plastic bags will be reduced.

On the other hand, Quiñones said: “In that regard, while we recognize that the alternative to impose a fee rather than a tax could help address the reduction in consumption of plastic, ang nawawala naman dun is the potential to generate revenues which the country needs because we have a lot to pay for now that we are addressing the current pandemic.”