MANILA, Philippines — The House ways and means committee started tackling on Monday a bill seeking to impose a P10 excise tax on every kilo of single-use plastic bags produced in the country.

The original version of House Bill No. 781 proposed by couple Nueva Ecija 1st District Rep. Estrellita Suansing and Sultan Kudarat 2nd District Rep. Horacio Suansing Jr. imposes a P10 excise tax on every piece of single-use plastic bags removed from the place of production or the Customs house. During the hearing, however, Estrellita presented that their new proposal would be a measly P10 per kilo of single-use carrier plastic bag with or without a handle.

The proposed law also states that 50 percent of the revenues from the tax would be allocated to the solid waste management fund while the remaining would go to the general fund.

In the same hearing, Minority Leader and Manila 6th District Rep. Bienvenido Abante Jr. proposed the ban of all single-use plastics and imposition of a higher tax on reusable plastics.

Philippine Amalgamated Supermarkets Association President Steven Cua said this could be possible for big supermarkets but difficult for small stores which usually use thin single-use plastic bags. The economy “might be hit hard,” by this proposal, Cua added.

At least 15 bills regulating or banning products made of single-use plastic have been pending before the House committee on ecology, while similar proposals are also being tackled in the Senate. President Rodrigo Duterte recently expressed willingness to support such initiatives.

READ: Bill on single-use plastics ban likely to get priority

A 2015 report ranked the Philippines as the third biggest source of plastics found polluting oceans, while more than 8.3 billion metric tons of plastic have been produced since the early 1950s, according to Estrellita. 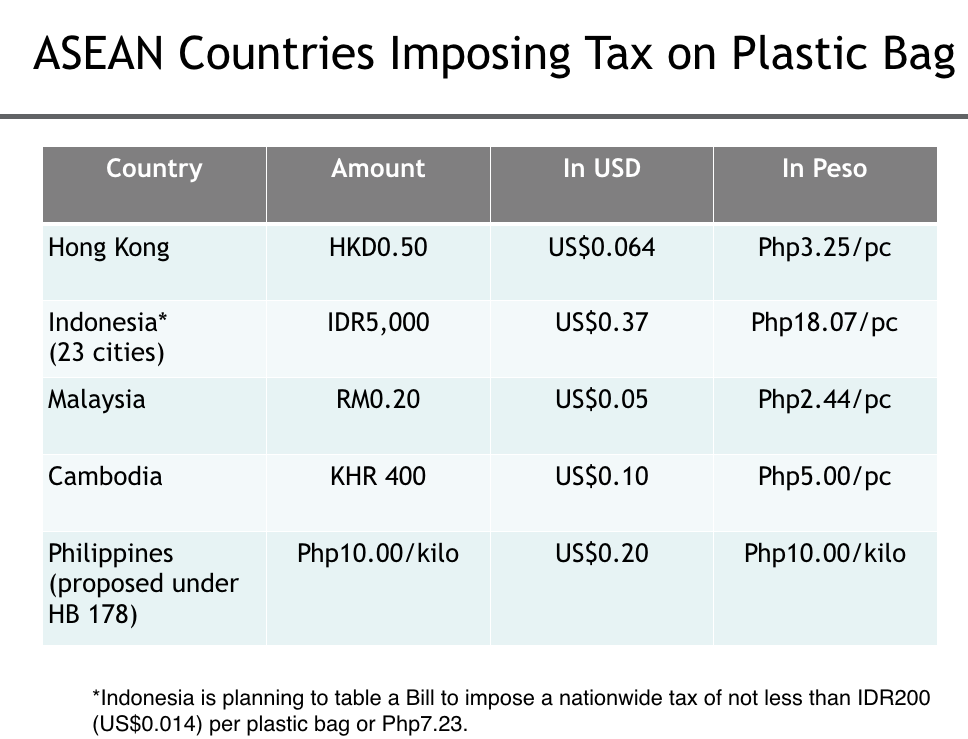